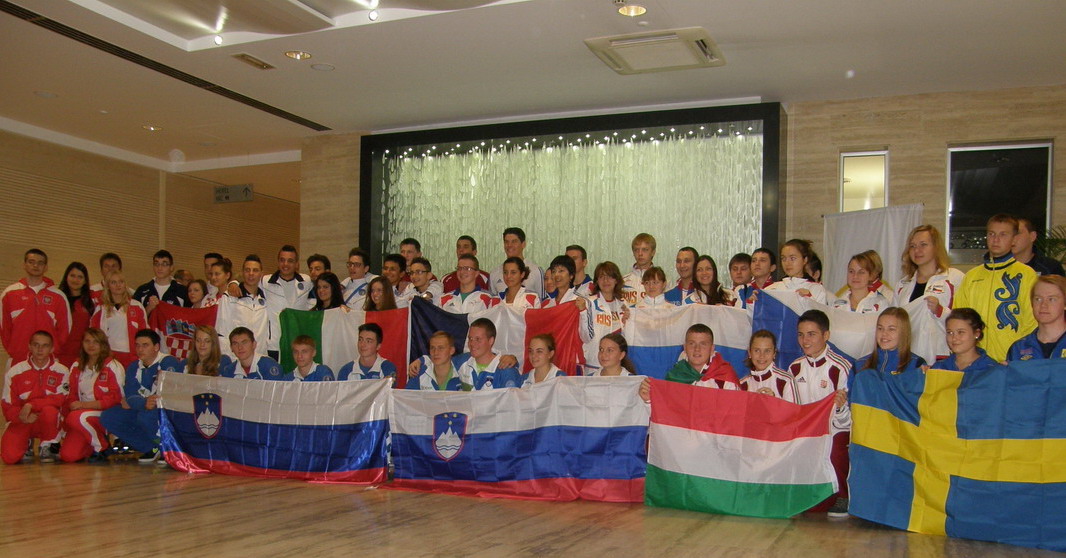 The fifth season of the European Youth League - special air rifle and air pistol competition for young shooters,14 to 18 years of age, - culminated with the Finals in Laško, Slovenia on October 4-6.

At the first stage of the Finals the teams were divided into two groups in both Pistol and Rifle. In Pistol Group 1 Ukraine won the first place and the right to dispute the overall victory. Poland was the second and proceeded to the Bronze Match. In Pistol Group 2 the Czech Republic was placed first and became the second finalist. Russia won a possibility to dispute the bronze medals with Poland.

In Rifle Group 1 the most successful team was Russia followed by Italy. Their rivals in the dispute of medals were determined In Rifle Group 2. Hungary was to oppose Russia and Croatia - Italy.

The last day of the competitions started with a Bronze Medal Match in Pistol between Poland and Russia. The team of Poland won the duel with 64 points against 56. In the Bronze Medal match in Rifle the winner was determined only in the last serie of shots. Italy scored 62 points, Croatia - 58.

The gold medals in Pistol were won by the team of Ukraine that beat the Czech Republic with 66 points against 54. Russia attributed victory in the Rifle event achieving 69 points, while Hungary got 51.

The medals were presented to the winning teams by Mr. Vladimir Lisin, President of the European Shooting Confederation, and Mr. Janez Slapar, President of the Shooting Union of Slovenia. They also handed over special awards established by the ESC President - SIUS HS-10 Hybridscore systems. Ukraine and Russia got three of them each, the Czech Republic and Hyngary - two, Poland and Italy - one each.

During the Closing Ceremony Mrs. Kerstin Bodin, Vice-President of the European Shooting Confederation, pointed out the importance of the EYL for the future of the shooting sport in Europe and paid special tribute to the organizers.