ALL 21 OLYMPIC QUOTA PLACES AVAILABLE IN MARIBOR HAVE BEEN ALLOCATED 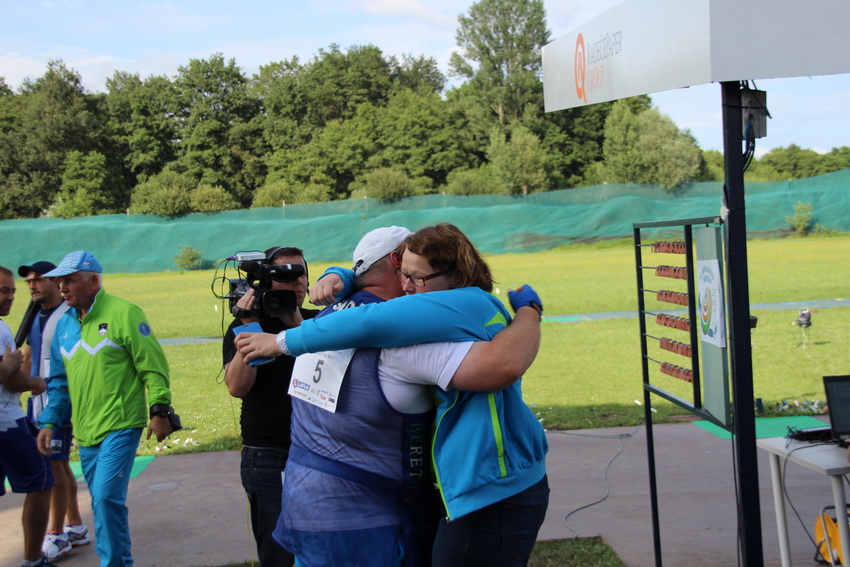 All 21 Quota Places for the Games of the XXXI Olympiad in Rio-de-Janeiro available at the 2015 European Championship in Maribor have been allocated. They were won by athletes from 17 countries – a clear evidence of strong competition in the European shooting. Germany, Hungary, Russia and Ukraine obtained two Quota Places each, while the Czech Republic, Great Britain, Poland, France, Greece, Georgia, Austria, Serbia, Italy, Slovakia, Spain, Slovenia and San-Marino – one each.

The last three Quota Places were disputed in Trap Men and were won by Alberto Fernandez from Spain, Bostjan Macek from Slovenia and Stefano Selva from San-Marino though none of them became the winner of the competitions. The new European Champion is Giovanni Pellielo from Italy who in the shoot-off after the Gold Match was more precise than Alberto Fernandez. In the Bronze Match Bostjan Macek hit 13 targets, Stefano Selva – 12.

Slovakia finished on top of the team classification with 358 hits followed by Turkey (357 hits) and Spain (357 hits).

In the Gold Match of the Trap Men Juniors Filip Praj from Slovakia was more successful than Filipe Andre Da Silva Teixeira from Portugal (15-13). In the Bronze Match Ian O’Sallivan from Ireland beat Francesco Idone from Italy (14-9).

Turkey won the team classification of the event with 347 hits. The trio from Great Britain finished on the second place (345 hits) and from Slovakia – on the third (343 hits).

In 25m Pistol Men Junior the best result was shown by Vincent Polo from France – 575 points. Frederik Zurschmiede from Switzerland got the silver medal, Viacheslav Perelygin from Russia – the bronze.