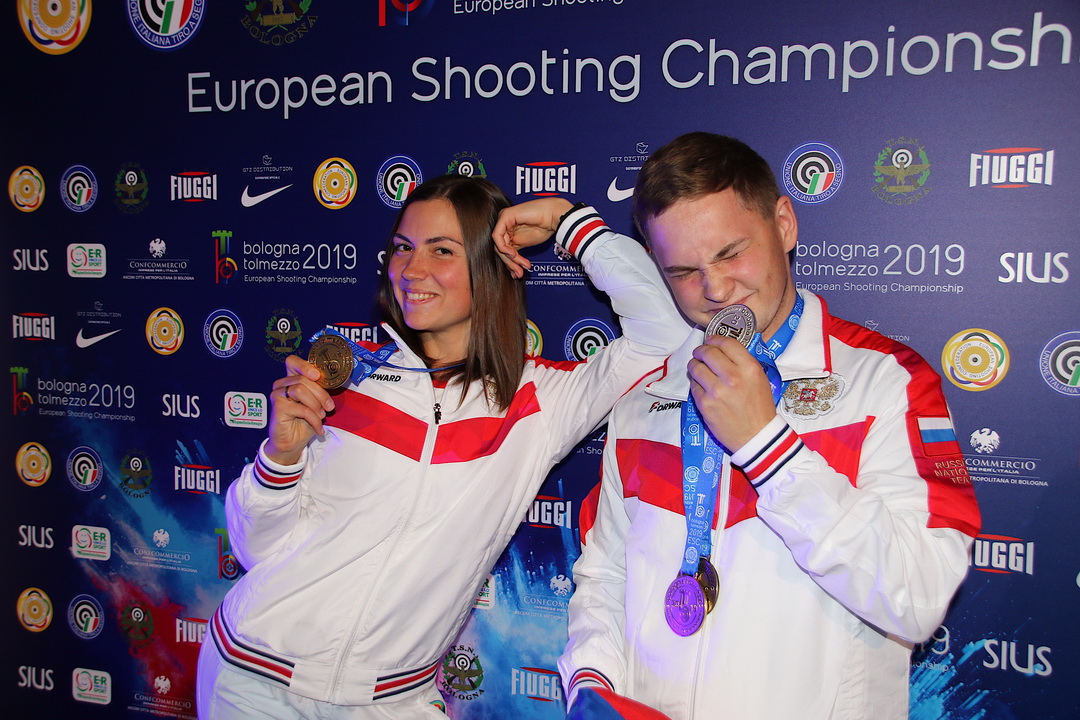 Russian Federation and Ukraine managed to have two team into the 50m Pistol Mixed Team Final. Fourth team who reached to the final was Latvia. Russian Team 1, Georgia and Switzerland dropped out in semifinals.

In the final the team who had lowest result in every series will be dropped out and all series will start from zero. In the first series all the teams shot over 91 points: Ukraine 2 (Kostevych/Omelchuk) shot result 95.0 and took the lead. On the second position was their second team (UKR 1: Kovalchuk/Korostylov) and on the third place Russian Team 2 (Lomova/Isakov) with result 91.9. Latvian team was the unlucky who dropped first with the difference of 0.6 point.

Second series: Russian team makes 94.6, but Ukraine 1 does not give up – 95.8! Kostevych and Omelchuk does not manage in this series – 87.3 and their competition comes to the end; anyway bronze medals!

Last series will decide who is the Champion. Lomova and Isakov continues the long history of Russian successful pistol shooting by making 93.8 and they win the championship with the difference of 0.7 point when Ukrainian team shoots 93.1. 50m Pistol Mixed Team Championship is ready to travel to Russia!