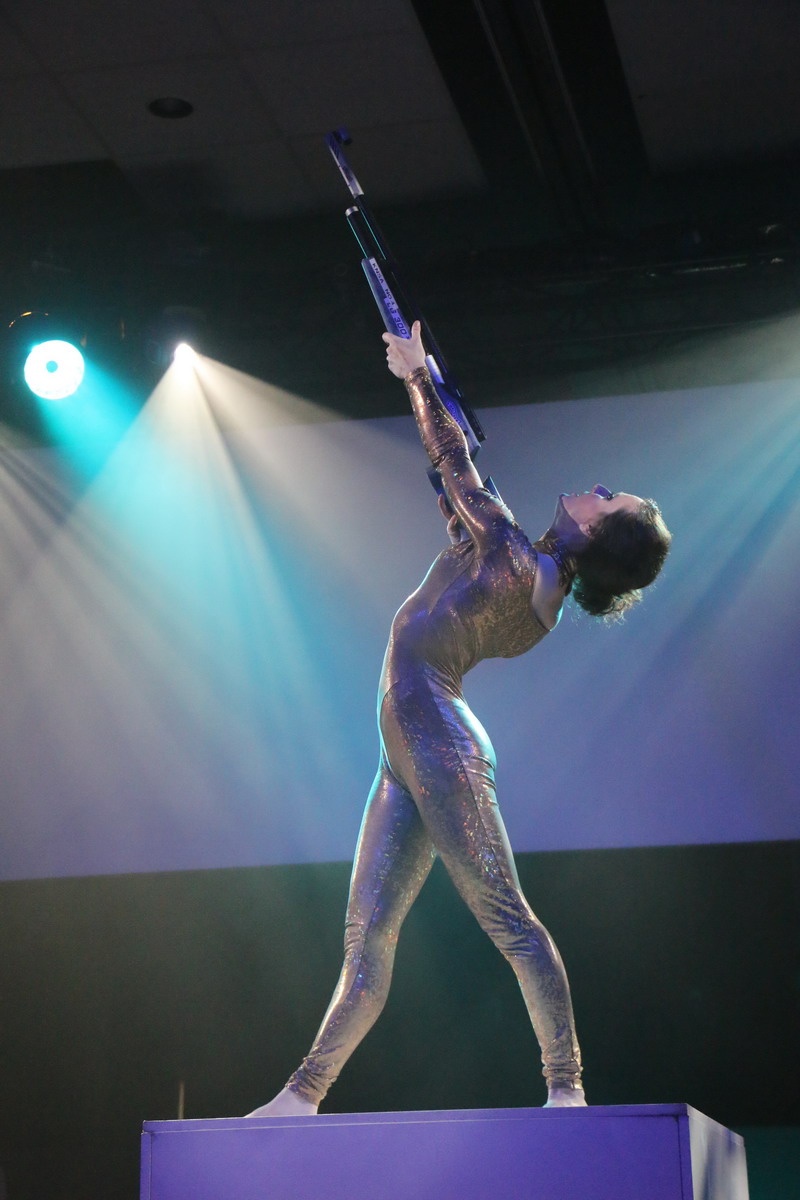 - This Championship is dedicated to the 125th Anniversary of the Royal Netherlands Shooting Sport Association. I sincerely congratulate our hosts with this important date. I also want to thank the Organizing Committee, the National Olympic Committee, the Netherlands Ministry of Health and Sports, all those who contributed to the preparation of the competitions. Our special thanks go to the volunteers who dedicate their time and effort to stage the great tournament, - said ESC President Lisin.

The 2015 European Championship was opened on Tuesday, March 3rd, in the National Sports Centre Papendal. There are participants from 43 countries – totally 521 athletes, 574 starts and over 250 coaches.

- It will then be for the fourth time, and for the third time here at Papendal, that this European Championship is being held in the Netherlands. And just as the previous versions, we again strive after a perfect event; hence our credo: “Aiming for Perfection”, - said the President of the Royal Netherlands Shooting Association Mr. Egbert Ijzerman. - The large number of entries again demonstrates that the shooting sport is one of the biggest Olympic sports in the world. The Netherlands are participating worldwide in all the European and World Championships as well as in the World Cup competitions. Despite that, the shooting sport is not one of the largest sports in the Netherlands, like for instance football or tennis. For that very reason we hope that through this event, the visibility of the shooting sport in the Netherlands will be enlarged and also the sympathy for this fantastic sport will be promoted, - wished the President Ijzerman.

The Greeting of the Olympic Movement was brought by the President of NOC Mr André Bolhuis.

- As we say in the Netherlands, sport is not only a matter of winning and losing. We dream of world where everyone enjoys sports. Because sport is passion, sport brings people together and sport is healthy. Sport brings out the best in people, creates friendship and respect. Our goal is to ensure that everyone can participate in sport. And we like it very much of course, where winning means excellence in sport, getting medals, but also research and stimulate people every day to do their best. We believe that with sport we can make the Netherlands and the whole world a little bit better, - reminded NOC President Bohuis.

The opening ceremony was nicely built up with Dutch cultural symbol tulips when after the speeches. The President of Royal Netherlands Shooting Association Mr. Ijzerman handed all the nations which participating in the Championships, and they received one Dutch tulip at the same time. After welcoming the nations, the audience saw an acrobatic dancing performance presented by the Olympic Champion Renske Endel. In the end of her performance she performed a symbolic shot, and The ESC President declared the Championship opened.