European Games: the Construction of the New Shooting Range is in High Gear 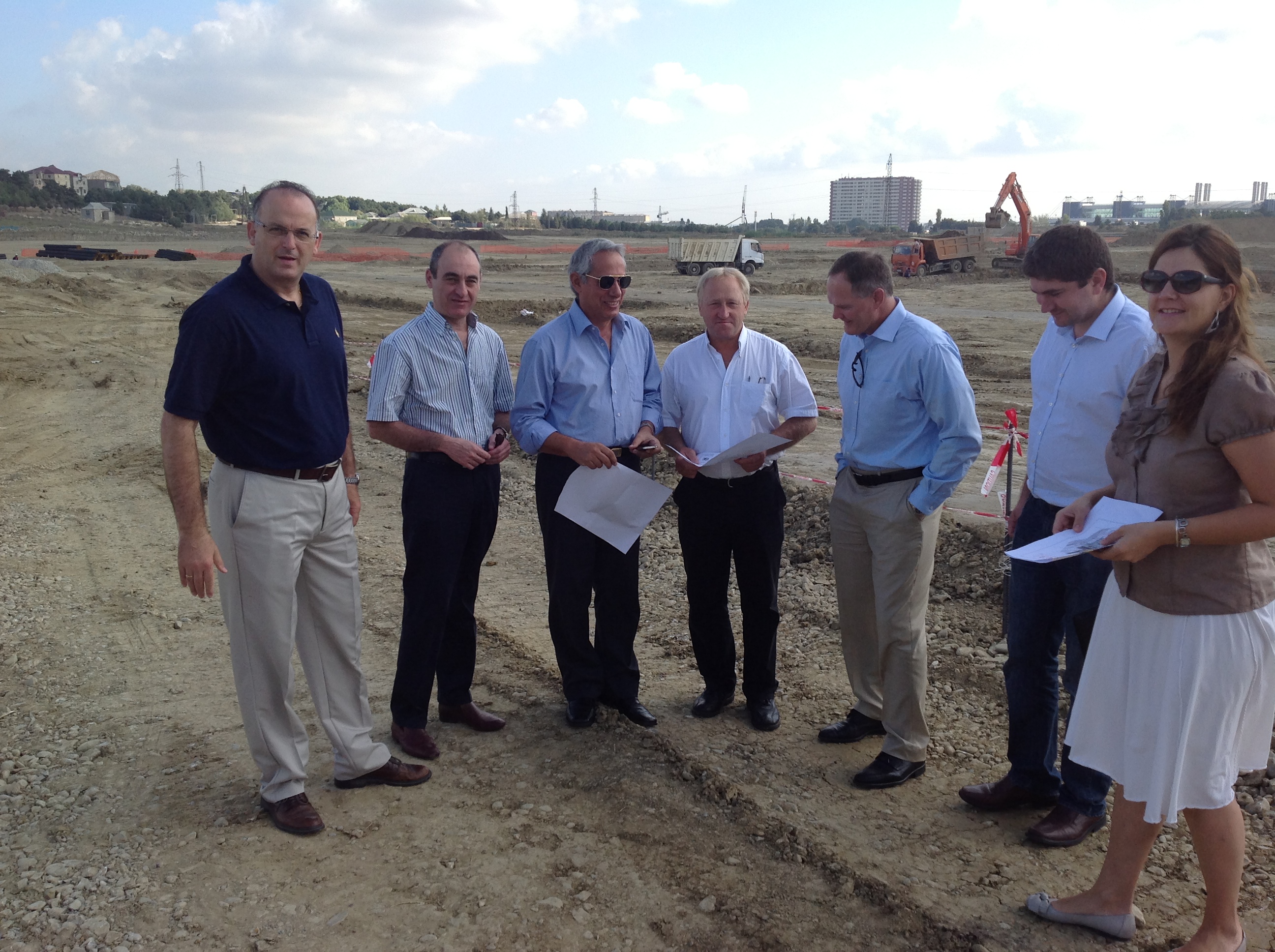 The construction of the new shooting range in Baku where the 1st European Games are going to take place in June 2015 is in high gear. The process of preparation to the Games, in general, and to the shooting sport competitions, in particular, is in full swing as well.

This could be observed by the members of the Presidium of the European Shooting Confederation Willi Grill and Petros Kyritsis and the ESC Secretary General Alexander Ratner, who visited the capital of Azerbaijan last week-end to have negotiations with BEGOC Chief Operations Officer Jim Scherr, his colleagues and representatives of the Azerbaijan Shooting Sport Federation.

Technical requirements to the shooting range and the equipment, the schedule of the shooting sport events, the total amount of participants and principles of their qualification, nomination of Technical Delegates, Jury members and Referees were among the issues discussed during the meetings. The position of the ESC was fully supported by BEGOC Chief Operations Officer, his colleagues and by Makis Asimakopoulos, who was recently nominated Sports Consultant by the European Olympic Committees.

Summing up the conversation, all the participants unanimously emphasized the importance of participation of the best shooters from all the countries of the continent in the European Games. In this connection the significance of the agreement between the ESC and the ISSF that some Quota Places for the Games of the XXXI Olympiad in Rio-de-Janeiro will be distributed during the 1st European Games was accentuated. Final decisions on all the technical aspects are expected to be taken in the nearest future. As far as the construction of the new shooting range is concerned, it’s scheduled to be finished by the end of 2014 and at the beginning of 2015 it may be already hosting the first test competitions.