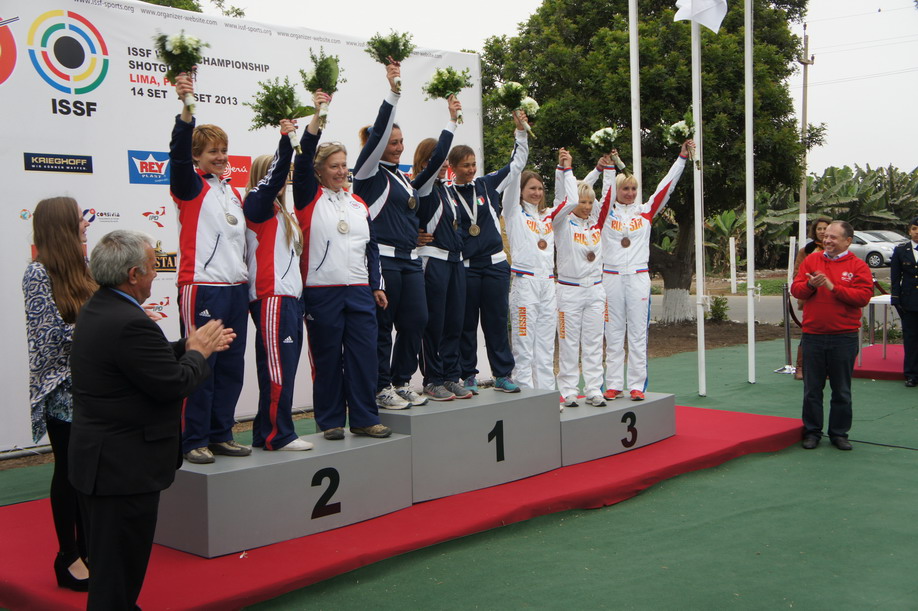 The European women dominated in Skeet as the first sets of medals were disputed at the 2013 ISSF Shotgun World Championship in Lima, Peru.

Christine Wenzel from Germany was the best in the individual event with only one miss during the whole competition. In the Gold Match she beat Simona Scochetti from Italy who won the silver medal with a score 15 -12. It was the forth gold in a row for Christine Wenzel at the separate ISSF Shotgun World Championships! The third place in Lima went to Elena Allen from Great Britain who was better than Olga Panarina from Russia in the Bronze Match duel 12-11.

In the team event the Italian trio accumulated 215 hits and won the gold medals. The second best team was Great Britain with 212 hits and the third place went to the Russian shooters who hit 207 targets.

In Women Juniors competitions the gold medal was won by Jitka Peskova from the Czech Republic, the silver - by Dania Jo Vizzi from the USA and the bronze - by Chira Di Marziantonio from Italy.