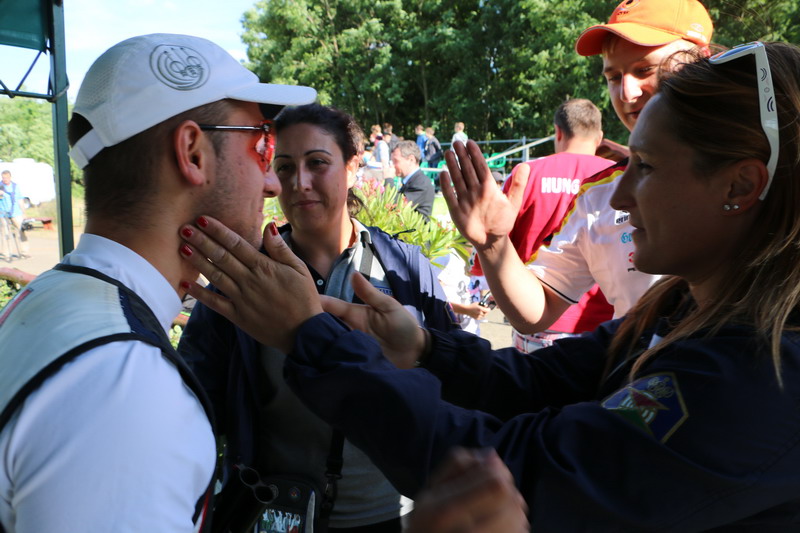 After the shoot off the following athletes reached the final place: Felix Haase, Gabrielle Rossetti, Nicolas Vasiliou and Sotitis Antoniou.

The bronze match was quite even, while both missed targets and shoot a little bit nervously. Sotitis Antonoiu was one target better with the result of 12-11 and took the bronze.

In gold match met German Felix Haase and Italian Gabriele Rossetti. His road in finals started nervously and he missed the first of two targets. But after that we can say so that it was the road ad astra per aspera because after missing target he shot perfectly without any missing before the game was clear. And it was clear already the two last targets because Haase missed five times during the finals.

“I’m feeling now very happy and this was the goal what I had wanted and now it is true”, told the European silver medallist of the 2013.

“I shot for the first time when I was seven and now I’m nineteen. I’ll restore myself now for the World Championships and of course sometimes for the Olympics with my father Bruno Rossetti, who is my idol”, told the new European Champion Gabriele Rossetti.