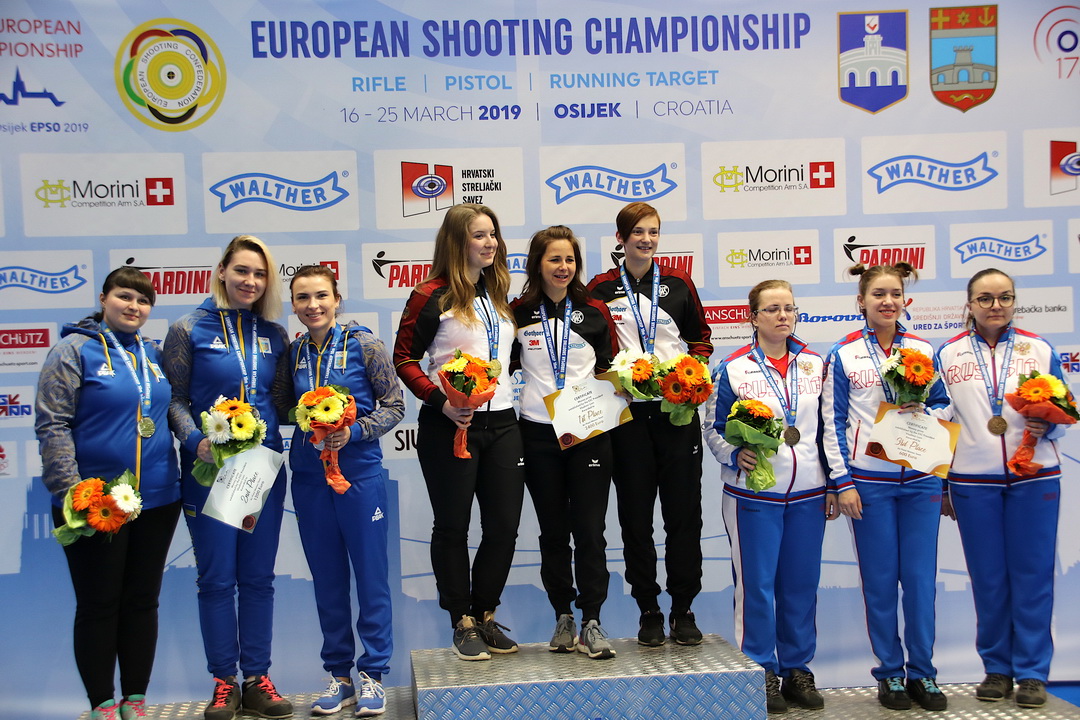 Germany needed only 12 shot to achieve the place into the Gold Match in 10m Air Pistol Women Team semifinal.

In the Bronze Match the winner needs 16 points. Russian was better with result 16-12. Russia won in line 5 matches before Hungary woke up and even climb up till 12 points. Russian last series was nice 31.7. Bronze to Russian Federation.

Ukraine was a favorite team in Gold Match but Germany fought strongly and finally took the victory with 16-8. Germany won even 5 shots in line and that break the skeleton of the Ukrainian team. Gold for happy German team which consisted of Sandra Reitz, Monika Karsch and Doreen Vennekamp.