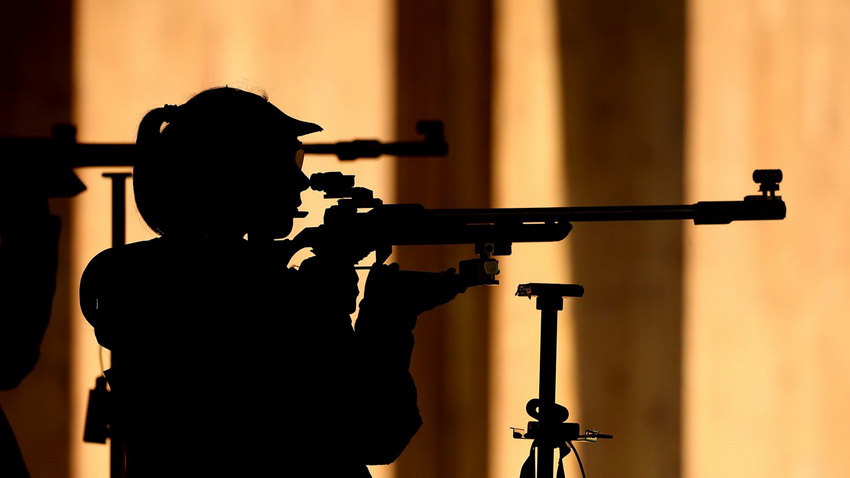 Henri Junghaenel from Germany was the most successful among 37 participants of the 50m Rifle Prone Men event and won the gold medal with 208,5 points in the Final. The runner-up was Marco de Nicolo from Italy with 207,3 points. The 2012 Olympic Champion Sergei Martynov from Belarus finished on the third position with 186,3 points. In Qualification he set the Games Record with 620,0 points.

Petra Zublasing from Italy became the real hero of the shooting competitions at the 1st European Games. In 50m 3 Positions Rifle Women event she set four records: one in Qualification - the Games Record with 689 points, and three in the Final. Her winning result - 464,7 points is the new World, European and Finals Games Record!

The owner of the silver medal and of the Quota Place for the Games of the XXXI Olympiad became Laurence Brize from France.

Olivia Hofman from Austria finished third out of 34 participants and won the bronze medal.

Vitaly Fokeev from Russia won the competitions in Double Trap and besides the gold medal obtained the Quota Place for the Olympic Games in Rio-de-Janeiro. In the Gold Match he was more precise than Richard Bognar from Hungary (29-26). Antonio Barilla from Italy beat Adreas Loew from Germany in the Bronze Match (29-28). Steven Scott from Great Britain finished on the fifth place, Hubert Andrrzey Olejnik from Slovakia - on the sixth.

16 shooters took part in the event and four of them - Fokeev, Bognar, Barilla and Skott - shared the Games Record. Their result in Qualification was 142 hit targets.