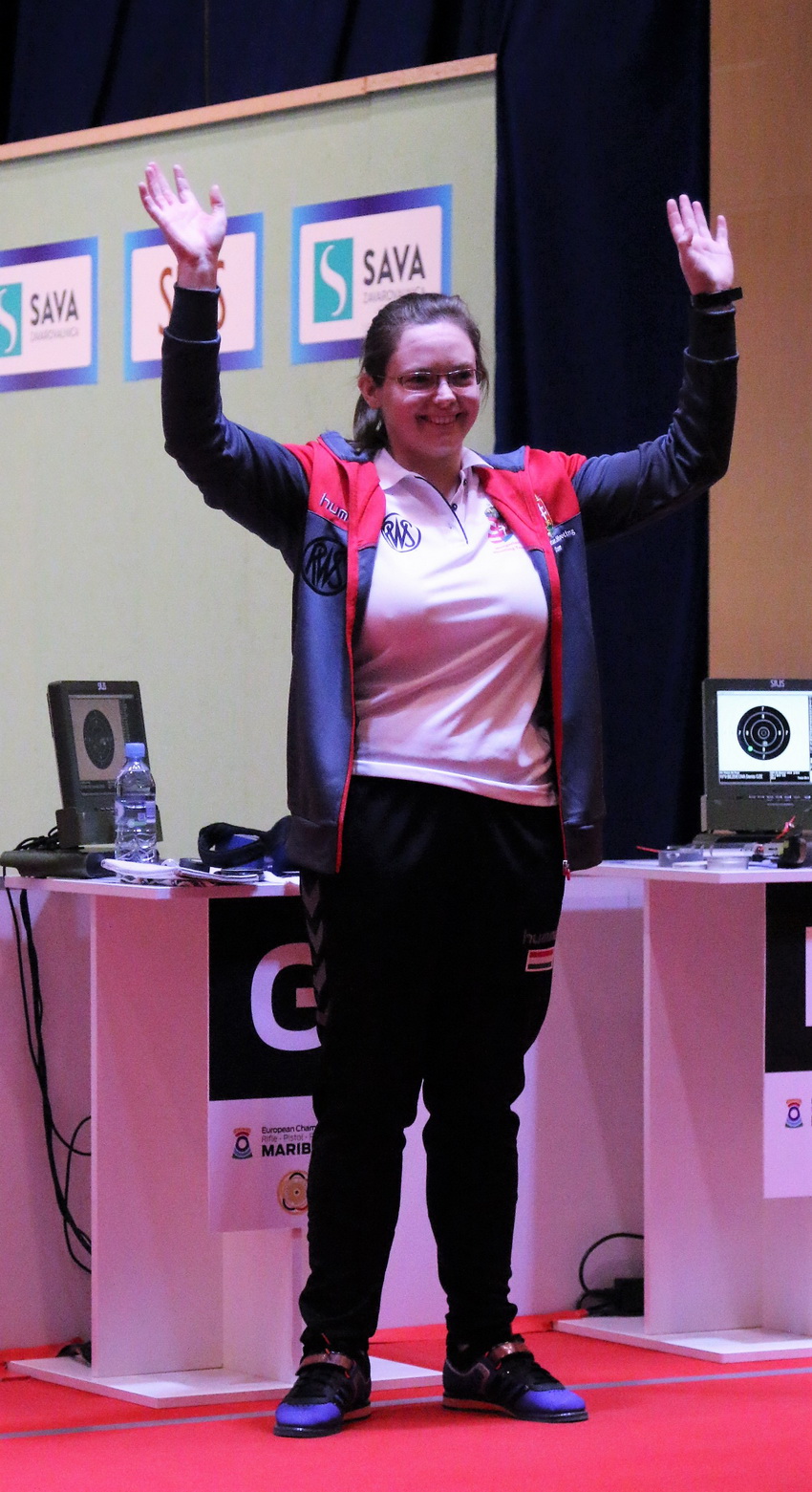 The first competition day started in Maribor sunny. You could hear birds singing outside and feel that the spring has woke up.

The best Qualification result in the Air Pistol Women Junior event (385) has been scored by Denisa Bezdecna from the Czech Republic. This result was a splendid start for Bezdecna. The second in Qualification was Mathilde Lamolle (380) from France with same result as Hungarian Veronika Major.

France was the best team in team before Germany and Czech Republic. This year teams will have their own brand new Finals for the first time. Eight best teams will compete in Finals.

Finals are Finals always, of course the Qualification gives some kind of coming future’s view.

In the Final Hungarian Veronika Major took the lead from the very beginning. This young lady made extraordinary strong performance in Finals. A couple of years ago she trained and competed only in Running Target, year and half ago she started to train also in Air Pistol.

Her choice was right while she showed her talent by winning the European Championship in the 10m Air Pistol Women Junior event.

“Oh I feel great at the moment. The Final was hard for me and I have to do hard job to win but I managed and now I’m standing here as Gold medallist. This is a great feeling”, described her feelings the new European Champion Hungarian Veronika Major.

When the media asked about the Running Target, the European Champion gave a secretive answer: “Later on”.

Let’s see whether Veronika Major would be a double gold medallist at this Championship.

Major led in the Final 99,9% of the time. A little mistake happened in the 20th shot when Czech Denisa Bezedecna took the lead with 0,2 point. But then in the next shot Major climbed up to the top and did not give it back.

The winner of silver medal was Bezedecna and bronze medal was went to Ukrainian Polina Konarieva.