HUNGARY, AUSTRIA, ITALY AND SWITZERLAND ARE THE MOST SUCCESSFUL TEAMS IN INNSBRUCK – AUSTRIA 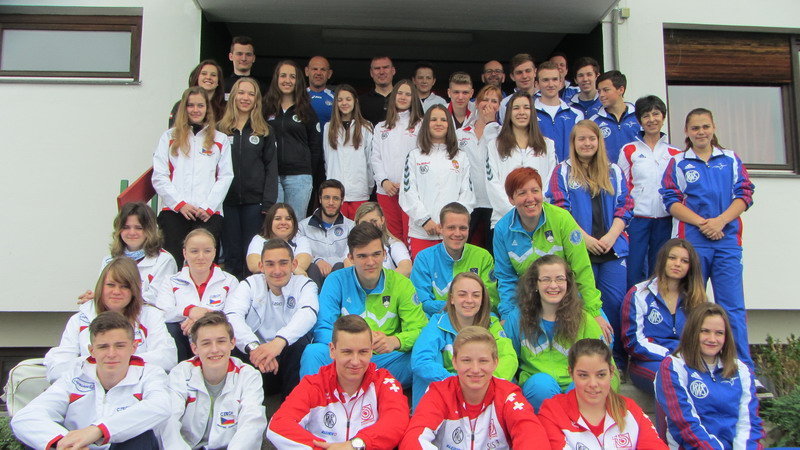 The 7th edition of the European Youth League – EYL for young air rifle and air pistol athletes 14-18 years of age has just ended the qualification period. The West Region was the last region to compete for four of the places at the European Final in October.

For the second time the regional competition was organized by the Austrian Shooting Sport Federation during the weekend of 15th – 17td May 2015. Competition manager Christian Kramer and his team prepared 28 Meyton targets at the 10m hall for the young athletes. On Saturday afternoon, Gretchen Ewen organized the cultural visit of Swarovski museum.

The talented athletes offered spectacular and exiting competitions during the weekend (20 girls and 17 boys) with Hungary winning all four rifle matches a truly impressive performance. The teams were very tight with high excitement up to the very last shot. The lucky winners to go to the European Final are Austria and Hungary in the rifle event together with Italy and Switzerland in the pistol event.

Due to the West region are the last, the pistol team of Czech Republic and rifle team of France were inform their qualification for the final.

On Behalf of the Presidium, the ESC and Gretchen Ewen thank all the participants for the fair and thrilling conduct of the Qualification and congratulate the successful athletes and coaches that now can prepare for the Final in Rottne/Växjö, Sweden in first weekend of October. Ghislaine would also like to express the warm thanks and appreciation to the Austrian Shooting Sport Federation.