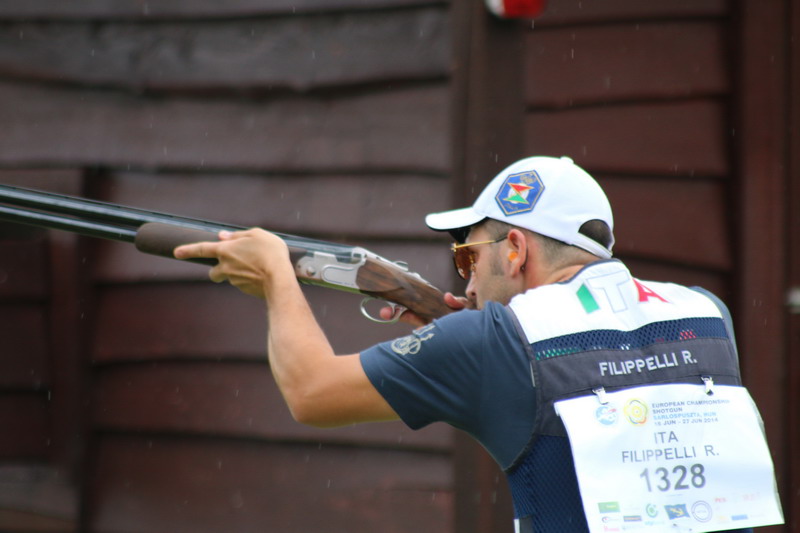 Italian skeet men team showed their skill and finalized the team competition with a new World record. The result was 367. The team consisted of Riccardo Filippelli (123), Tammaro Cassandro (122) and Luigi Lodde (122). Cyprus lost the silver medal with five targets and a result of 362. Bronze travelled to Germany (359) before Finland (357).

Valeriy Shomin (RUS) started the third day in Sarlóspuszta with perfect shooting hitting all 25 targets in the first set of 50 targets. Everyone’s expected that he is going to set a world record, but as usual it was only near. He made two small fails in the last 25 targets. Anyway he was one of the three athletes who directly secured the place in finals. The other two were Riccardo Filippelli (ITA) and Ralf Buchheim (GER). All three shot with the result of 123.

There are four other athletes who have to make shoot off (result 122): Tammaro Cassandro (ITA), Luigi Lodde (ITA) Efthimios Mitas (GRE), Andreas Chasikos (CYP). Italy has now to receive all three athletes to the finals if Cassandro and Lodde will manage well in shoot off.

The skeet finals will also finish the European Championship in Sarlóspuszta.