Italy and Czech Republic compete for gold in team competitions 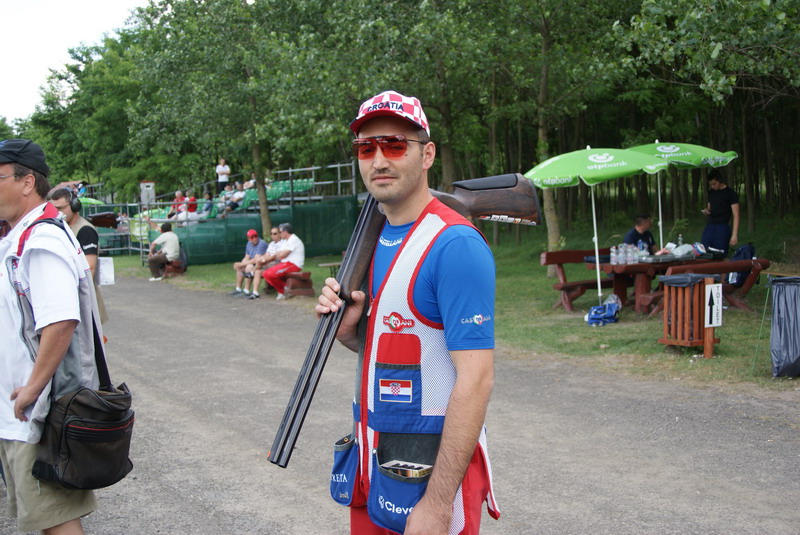 Italy, “the home of shotgun shooting”, showed its skills in the team competition of the trap men team. Team was nearly superior by beating the silver medal team of Poland with seven targets. The gold winning result for Italy was 364, when Poland reached 357. The Bronze medal team was Croatia with the result of 353.

The Italian team consisted of Massimo Fabbrizi (123), Mauro De Filippis (121) and Giovanni Pellielo (120). There were teams from 23 countries in the team competition.

In junior men team competition the team of Czech Republic was the best. They won the gold medal with the result of 342 before Slovakia (340) who beat Italy (338) with two targets. The Team of Czech Republic consisted of Josef Navrital (115), Pavel Vanek (115), Vladimir Stepan (112).

Glasnovic was the best at the qualification

The best of the Trap men qualification was Anton Glasnovic from Croatia with the result of 124. Massimo Fabbrizi (123) was the second only one target behind Glasnovic. Mauro De Filippis (ITA), Andreas Scherhaufer (AUT) and David Kostelecky (CZE) clear their way to finals with the result of 121. There were 5 athletes in shoot off for the last final place. The best of the shoot off was Jose Manuel Bruno Faria (POR) with result 120+4. The unlucky ones were Giovanni Pellielo (ITA), Alexey Alipov(RUS), Derek Burnett (IRL) and Piotr Kowalczyk (POL)

In Junior Men Spanish David Barquero won the qualification with the result of 121. The second was Italian Luca Miotto 119, the third – Filipe Da Silva Teixeira (POR) with 116. Michal Slamka missed five times in the last series and was fourth, but reached the final place. The last two final places had to solve with shoot off. The lucky ones were two Czech athletes Josef Navratil 115+1 and Pavel Vanek 115+1.