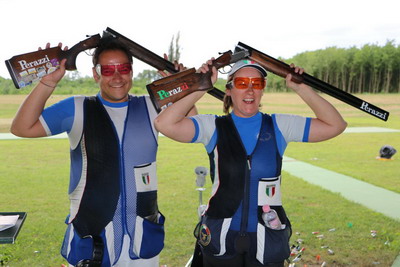 The Top Team Match was the triumph of Italy. The teams consist of two athletes: one female and one male. Each shoots 15 targets. Winner is the team who manages to hit most targets.

In this Top Team Match of Trap Italy did not give any possibilities to others. The Italian team consisted of Deborah Gelisio and Massimo Fabrizzi. They both hit 13 targets – the common result was 26. The second was Slovakia (20) and the third – San Marino (19).