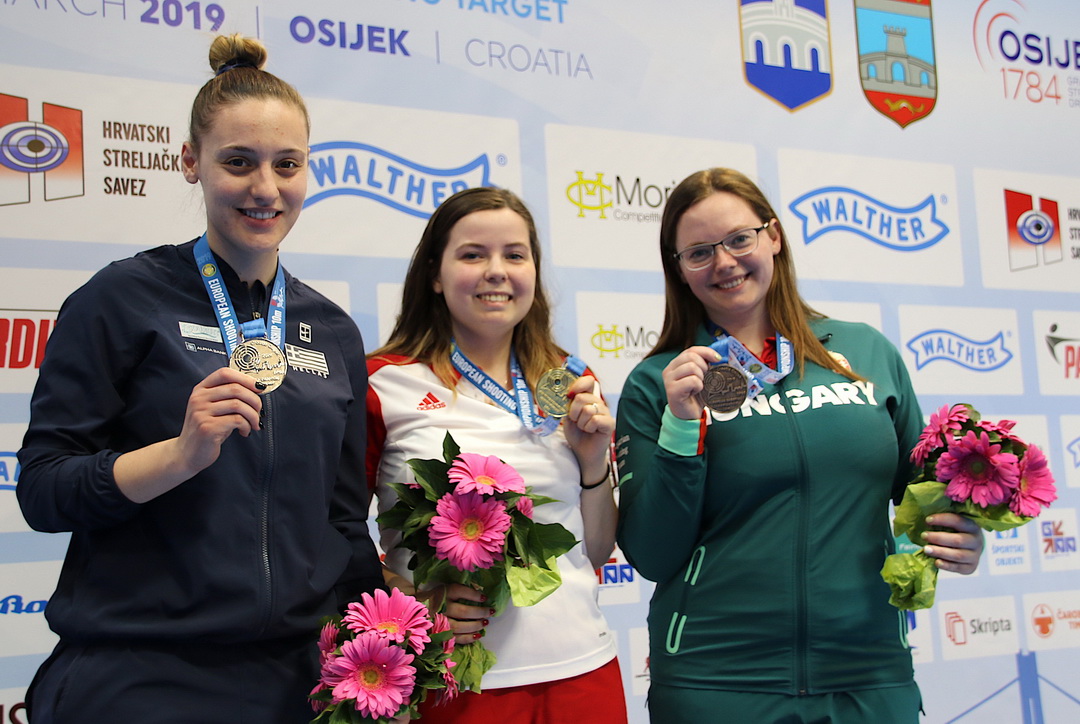 The situation after Thursday’s qualification was interesting.

Hungarian Veronika Major was best in the 10m Air Pistol Women Qualification. Her result was 578. Behind her with the result of 577 we can find Austrian Sylvia Steiner, Russian Svetlana Medvedeva and the another Hungarian, Renata Sike. Next who qualified to the final were Klaudia Bres (POL) 576, Belarusian Viktoria Chaika (576), Anna Korakki (GRE) 575 and Olena Kostevych (UKR) 575. Kostevych was the last finalist with 21 inner tens. Behind her there were also Russian Batsarashkina and Italian Sara Constantino, but both had unfortunately less inner tens.

The beginning of the Air Pistol Women started with a small drama when Ukrainian Olena Kostevych shot one shot in over time. She was one of the favorites. The second drama was that Veronika Major couldn´t get her sighting enough sharp. She told that her shots from 4-6 flied here and there.

"I don´t know what happened they flied someway odd", explained Major after the final when she was waiting the awarding ceremony.

Major made beautiful shooting and finally climbed up to bronze medal.

The Air Pistol Women clearly duel of Greek Anna Korakaki and Polish Klaudia Bres. This gold medal was the only which is missing from Anna´s bookshelf.

Bres took the lead in the beginning, but then Korakaki started to rule and she was leading until the two last shots. Bres shot 10.5 and 10.4 when Korakaki 9.2 and 10.9 but that was not enough!

"I´m in shock and nervous. This was so hard, but happy. I followed the situation and I knew the situation, but I was not sure about the result. Anna has been my idol and now I had honour to beat her, she is so excellent athlete", explained Klaudia Bres, who won her first Air Pistol European Championship.