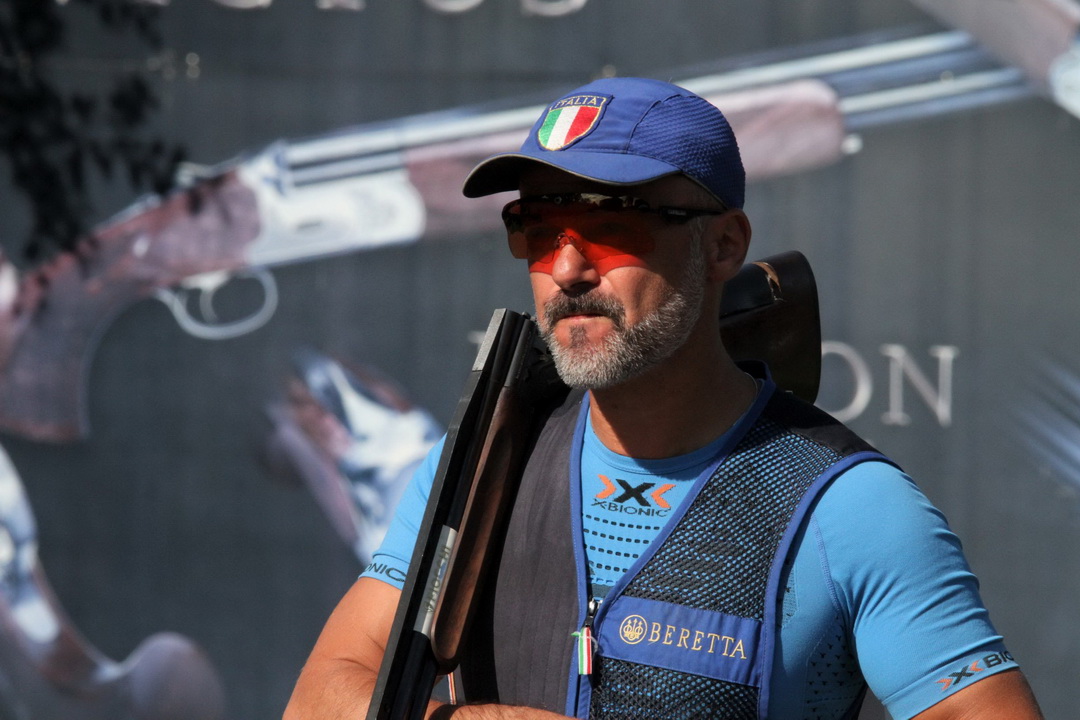 Team of Italy has been strong in Trap events in the ECH in Lonato. The same kind of high performance was seen again in Double Trap events on Tuesday: Italy dominated the event.

It was a competition day number 6 in the European Championship Shotgun at the “Trap Concaverde” Shooting Range in Lonato. Double Trap was competed in good conditions – and without a rain.

Italy ruled again Double Trap Men, Women and Men Junior events. They took eight out of nine Top 3 places. The only non-Italian in the Top 3 was Anne Focan (BEL), who finished the third in Double Trap Women.

Italians Ignazio Tronca and Daniele di Spigno were the strongest in Double Trap Men, both hitting 133 targets. Tronca lead the competition by four points before the last round (108-104). A shoot off was needed because di Spigno hit 29 targets in the last round and Tronca 25.

After the shoot off the winner of the competition was di Spigno, who won with the score of 7-6.

Andrea Vescovi, the third Italian in the competition, hit 128 targets and finished third. Vasily Mosin (RUS) was the fourth (113) and Luc Budts (BEL) the fifth (112).

In the Double Trap Women Claudia De Luca (ITA) was superior. She won by 17 targets, with the result of 124 after a steady shooting. Sofia Maglio (ITA) took the second place, hitting 107 targets.

The winner of Double Trap Men Junior was Jacopo Dupre de Foresta (ITA). His winning result was 128. Italy took also the second and the third place by Marco Carli and Lorenzo Franquillo. Carli lost the first place by only one point (127), after Dupre de Foresta’s last round was 22 and Carli’s 26. Franquillo’s final result was 115.

There are no competitions at the ECH on Wednesday.