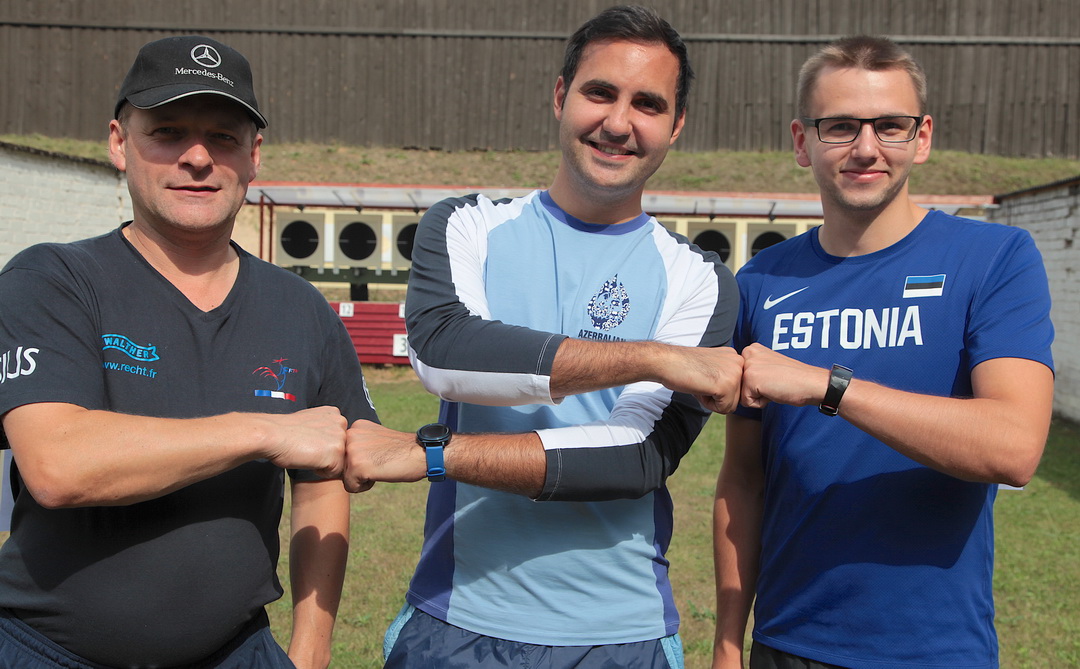 After the first stage (Precision) Tomasz Wawrzonowski from Poland was on the top place. He was leading (297) Lunev and Olesk already with the difference of six points and with three points for Pierson.

In the second stage (rapid) Lunev started with 98 serie, but continued after that by shooting two times 100!

Wawrzonowski’s turn to shoot was in the second relay. His first series was only 95 and second 96 and the last one 96, turned the victory to Ruslan Lunev. Wawrzonowski dropped into the fourth place with result 584 (297+287).

“I’m not so good in rapid part, I have to practice that still more 6 points leading was not enough today”, was the quite answer of Wawrzonowski but anyway he smiled after that.

Ruslan Lunev is a Military World Champion from last year and he made there the same result.

“My precision was better in CISM competition, but result was the same. 291 in precision – I’m not happy about that. I had an hour time before the rapid part. I took a power nap and I had time to think my mistakes and how to correct them. And managed to correct them in the rapid part and I missed only two points from perfect result. Now I’m happy for the result”, explained calm new winner of the Lapua European Cup 25m Ruslan Lunev.

“This result my record. Two year ago my federation bought me a new pistol. Last year was not so good but this year is much better. I will also shoot rapid fire pistol and I have trained that a lot and I came here while this competition serves my goal and training. In next month, as you know, we have the ISSF World Shooting Championship and I would like to success there too. This is a good preparation for that”, narrated Lunev his plans.

It is not too much said, if we give Peter Sidi a nickname “The Great”. This excellent Hungarian athlete was yesterday third and today he climbed up to the highest podium after the 300m Rifle 3 Position Men Competition. The silver medallist was Swiss Gilles Defaux who shot full 400 points in prone stage of the Three Position. Winner of bronze medal was Emilie Chassat.

“This serves me well when preparing to the World Championship. It is a good place to have high results. I recognised some technical problems during the shooting, but I managed to fix them. I’m happy for the result 1178. Kneeling was good and ok, prone was amazing 399 and standing 387, well, it OK. I had some problems, but I found solutions for those and I’m happy for the result and the gold medal”, spoke the Lapua Cup winner Peter Sidi after the competition.

In the team competition Finland repeated his victory before hosting country Estonia.