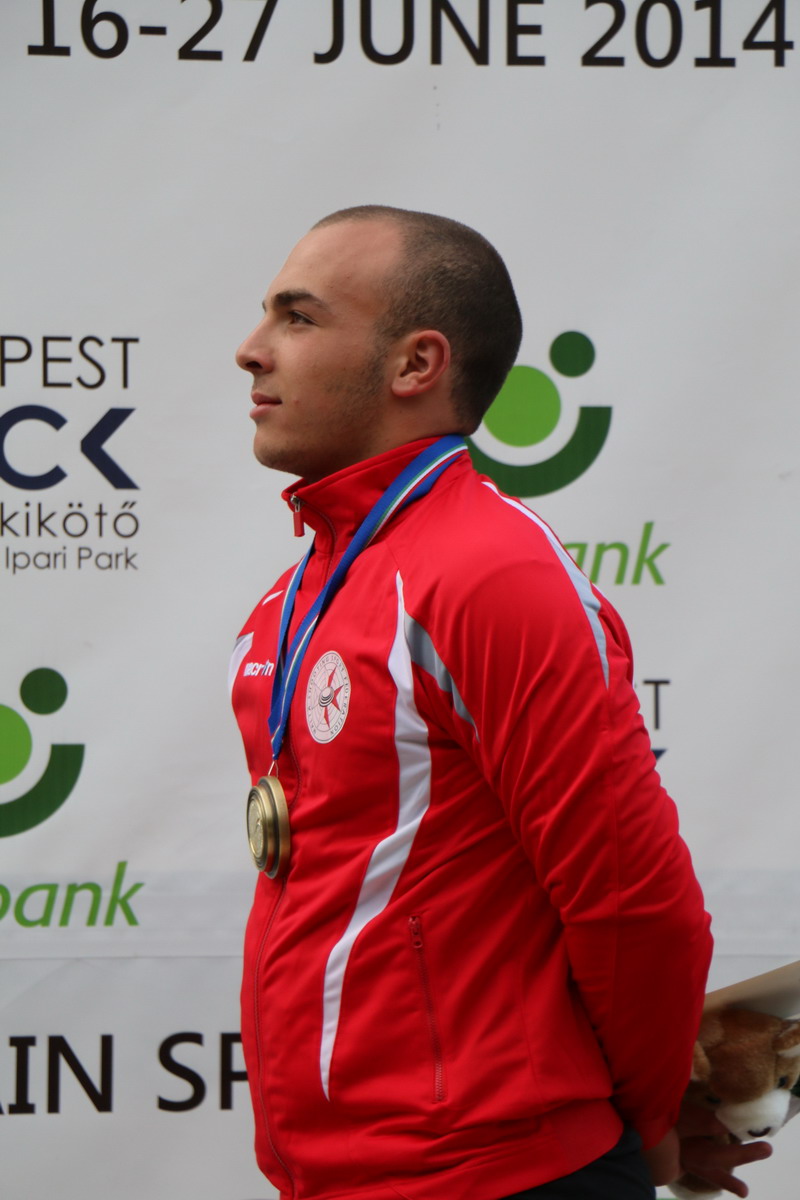 The Russian shooter took the two first places in qualification. Fookev was the best with the result of 139 and Slepuskhin was the second with the result of 137. Nathan Lee Xuereb (136) shot well too and reached the finals place, and the same did Slovakian Filip Praj (133), Bristish James Dedman (132) and Italian Andrea Vescovi (131). As we know, qualifications are qualifications, and after them come the hardest part: semi-finals and finals.

It happened again as it has happened so many times before that you must be in the sharpest shape at the right time. Concentration is the key work. Semi-finals were absolutely very tight while four athletes shot the same result and two were only one target behind. Italian Andrea Vescovi and Slovakian Filip Praj missed one more target than the others, so their road stopped to the semi-finals.

The others passed to the shoot offs from the gold and bronze match. James Dedman (GBR) was the first who opened his road to gold match by hitting both targets immediately in the shoot off, the others missed one of the two first targets. Now there three men left Xuered (MLT), Slepushkin(RUS) and Fookev (RUS). After four targets Xuered dropped out the other by hitting the targets and solved his way to gold match, so the bronze match was the battle between two Russians – Slepushkin and Fookev.

In the bronze match Fookev won Slepushkin with the result 26-25. Slepushkin was leading quite long time, but in two last pair of targets he missed one in both pair. Those targets cost him the bronze medal.

Then in the gold match met James Dedman (GBR) and Nathan Xuereb. Xuereb started uneven and missed one target of the first pair. Then four pair was cleaned perfectly, when Dedman missed one in the 3rd pair. The two clean hits in two pairs and after that double failing plus two times one missed target. After 16 targets Xuereb missed only one target instead of Dedman’s double missing and one of one pair. And suddenly Maltan Nathan Lee Xuereb recognised that he has won the European Championship.

“It was very had final for me. I’m the European Champion from last year, and it added pressure for me, but I managed to handle it. I have trained all kind of situations and I know how to handle those and how to deal with them. It was a short puzzle concerning that one pair did not disturbed at all. My next goal is Commonwealth Games in Scotland and after that of course the World Championships in Granada”, declared the second time European Championship winner Nathan Xuereb.