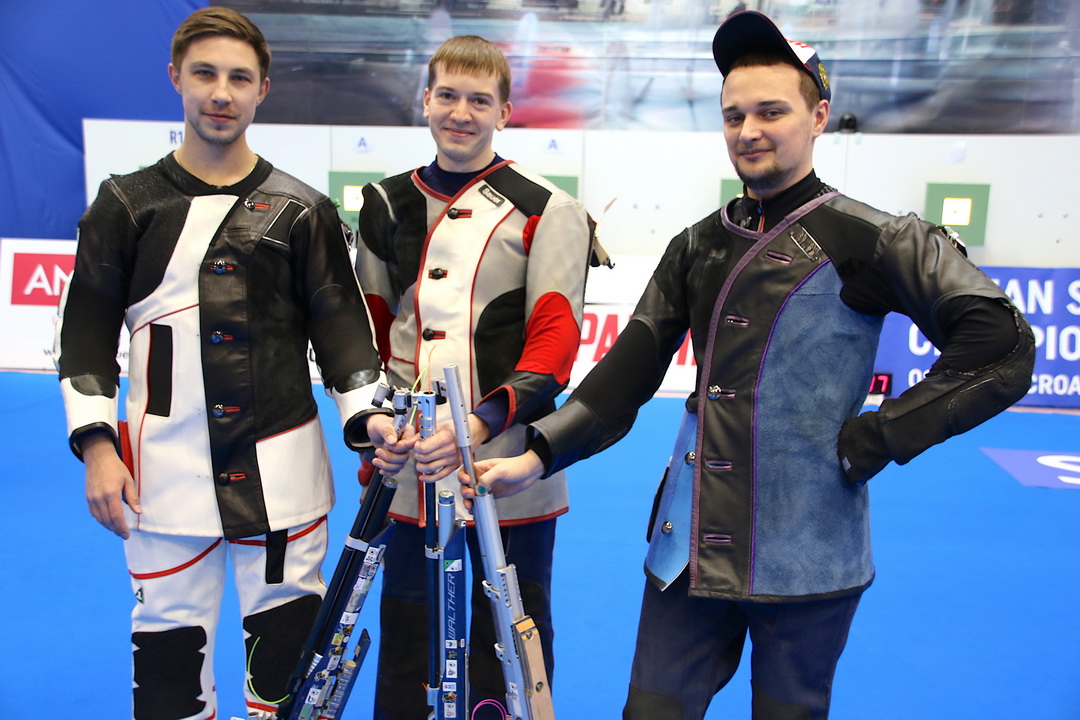 In the semifinals Russian team Vladimir Maslennikov, Evgeny Panchenko and Alexander Dryagin beat Belarus team clearly 14-8 and took the place to Gold Match. In the second semifinal Hungary and Serbia had a really tight match. They even needed a shoot off before the finalist was clear. Serbian team won the shoot off with result 30.8 when Hungarian team hit 30.7. The final result was 14-12 for the Serbian team. In Bronze Match Hungary won Belarus 16-8. The points do not tell everything but Belarus fought well, but Hungary was a little bit more accurate and won the Bronze medal.

Russian team ruled the gold match and won Serbia team 17-5. The result looks quite superior but when we peek to the shooting result, not only match points, the Gold match was very tight. The Russian team made absolutely top level shooting. Every set was over 31.1 points or more, the best 32.0. The Serbian team fought also well, but they had also unlucky while they lost the matches very often only with 0.1 -0.2 point difference. Anyway, this sport and the one who gets more point, even decimals, is the winner.