The last final was full of emotion, passion and power 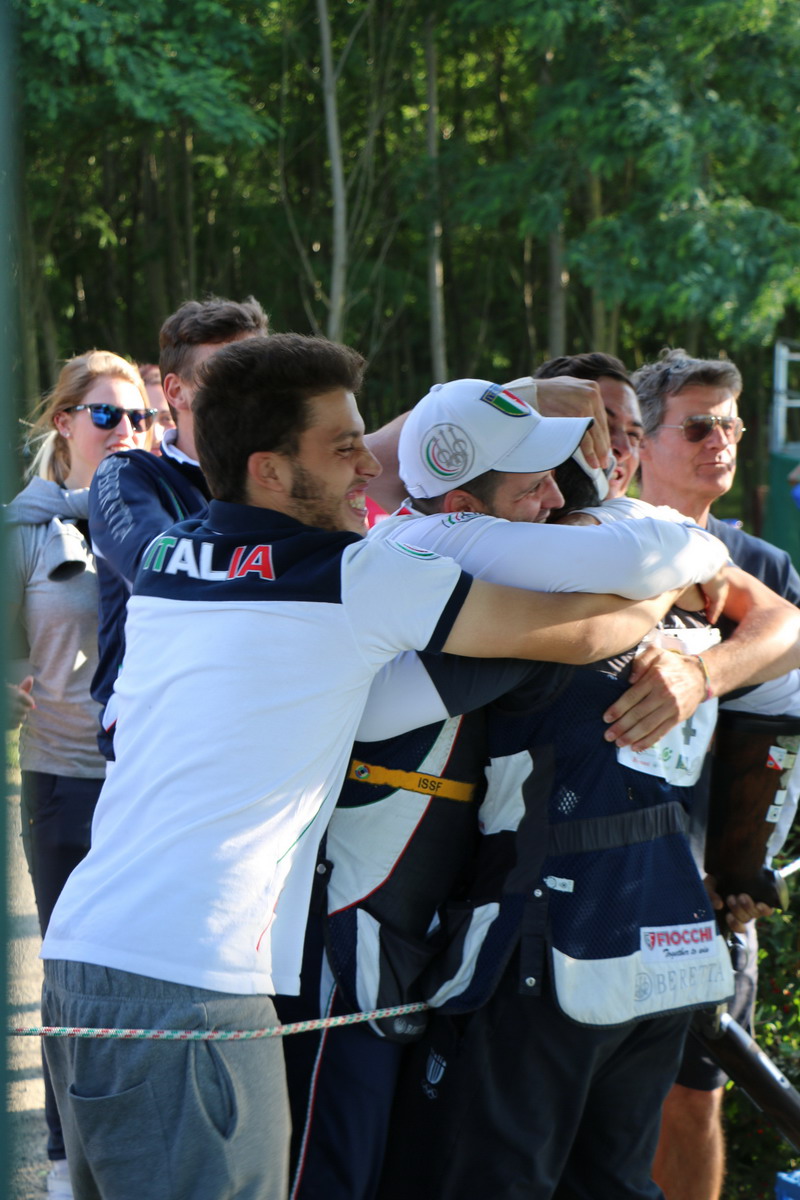 You can see so much emotion, passion and men power all together really seldom. But let’s start from the very beginning. You could even feel and see testosterone floating in the air at the range. Two Italians, one Greek, one Russian, one German, one Cypriot.

In semi-finals Efthimios Mitas missed only once and went directly to the gold match. But what happened behind him? All others – Lodde (ITA), Filipelli (ITA), Shomin (RUS), Buchheim (GER) and Chasikos (CYP) – shot the same result 13! It meant the shoot off. And what a shoot off! It was needed 12 targets first and that result was reached by the both Italians. It meant again shoot off which Lodde finally won 2-1. Lodde passed to gold match and Filippelli passed to bronze match. Then it was needed the other athlete for bronze match, and it was Russian Shomin who dropped just before these two Italians. He shot in shoot off 11.

In the bronze match the Italian Riccardo Filippelli did not give any change for Russian Valeriy Shomin. Filippelli shot perfectly full 16 targets. So bronze went to Italian Fillippelli.

In gold match met Efhimios Mitas, who won the semi-finals, and the shoot off winner Luigi Rossi from Italy.

Lodde started missing first target but the same did also after a while Mitas too. Then a perfect shot and two missed ones. Lodde shot perfectly following seven targets and then he made one miss and that was the only one. Mitas missed still two targets and party of Luigi Lodde was ready!

“It is very nice and beautiful because before coming here I had a competition that did not manage so well. Now I fight, fight every target. The finals were very difficult, and I’ve got a warning because I did not see the time, and I lost my mind, but then I decided to fight, and the result was the Championship. Italian team is a team with good spirit and co-operation, and it gives of course more power. I would like to thank my sponsors Beretta and Fiocchi and others, who trusts me and helps me”, thanked ever so happy Luigi Lodde.