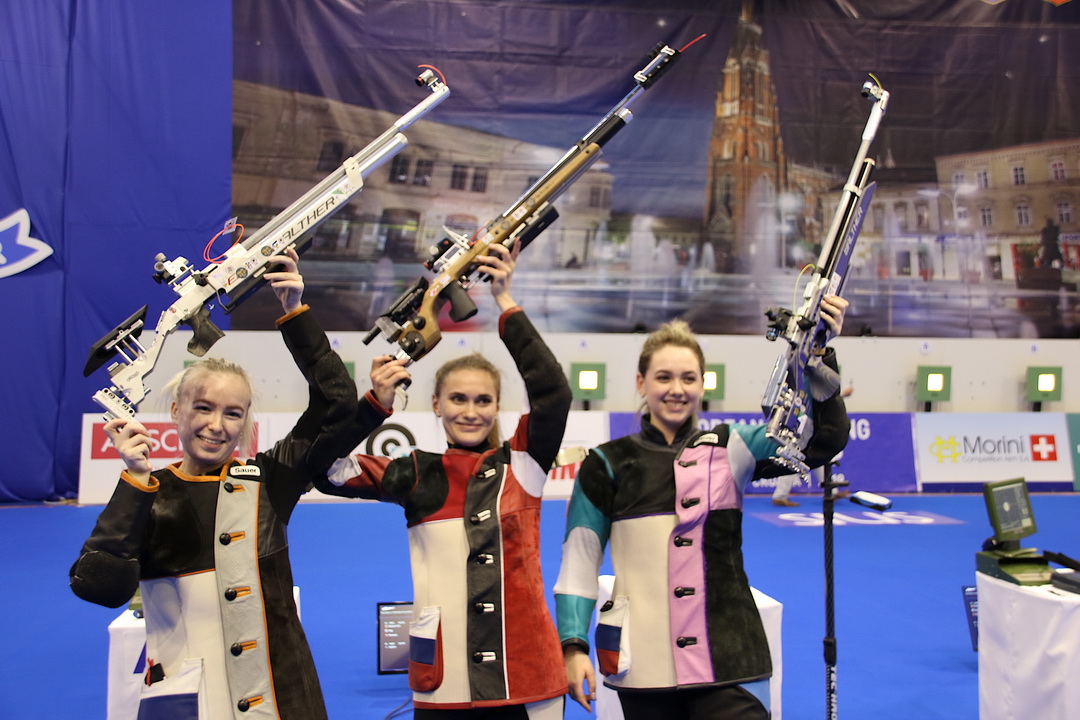 The Gold Match was the duel of Italy and Russian Federation. They both showed excellent shooting skills. Finally Russian Federation collected the main award – European Championship. The title did not come easily while the shooting of both teams was excellent. Russian team won finally 17-13 Italy. Both team showed their best shooting skill but the Russian Team was stronger and made the needed better hit results in just correct places. In the bronze match Romanian team won Austrian team surprisingly clear with result 17-5.

Championship declared closed – next in Hungary

The competition Manager Zoran Ćelić thanked all participants and the wished them welcome again to Osijek and Croatia. He thanked also all volunteers, Organizing Committee members and sponsors who helped to organize a successful championship.

In her speech Mrs. Briez thanked Organizing Committee and the Competition Manager Zoran Ćelić who has organized an excellent Championship. In the end of speech she declared the 10m 2019 European Championship closed.