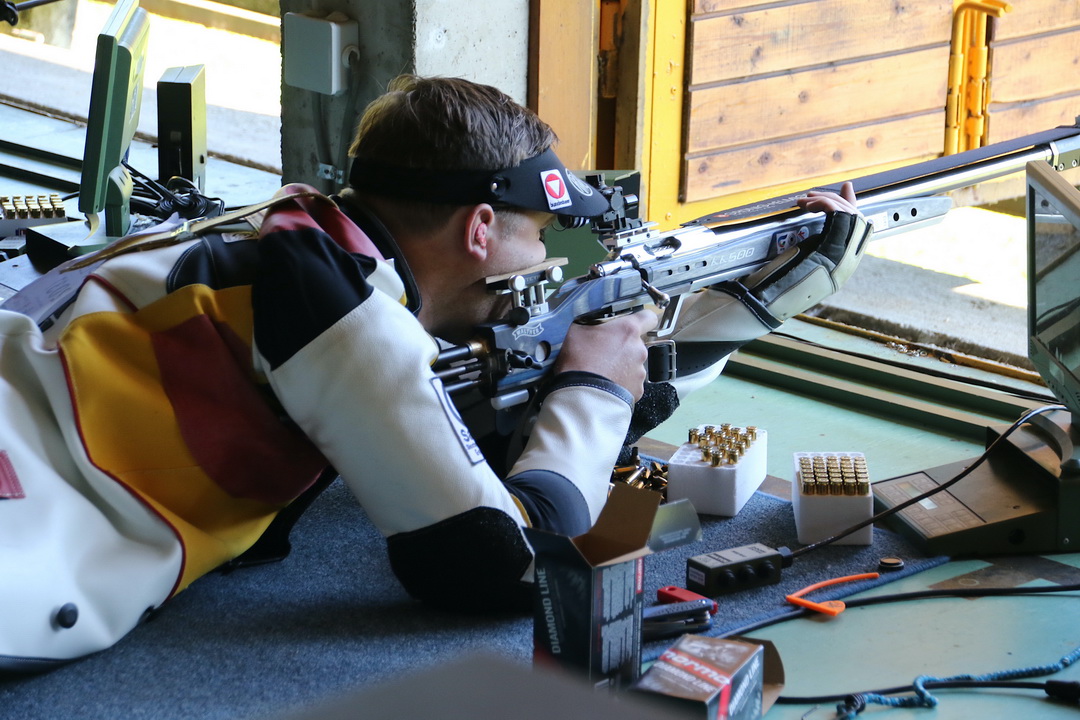 Wednesday started with a nice calm sunshine. Not too bright, perfect weather for shooting sport.

The first early competition was 300m Rifle Prone Men. It started 08.00 am. Sun was shining to Germont Rumpler´s world when he finished his shooting at the Pampas range. And with what a result! Austrian Germont Rumpler made 600 , it is maximum points in 300m.

Second was the Danish Steffen Olsen 599, who was by the way the quickest shooter in the competition. Slovenian Legend Raymond Debevec won bronze with result 598 (39 inner tens). He won Danish Carsten Brandt (598 – 36 inner tens) and Swedish Karl Olsson (598- 30 with the number of inner tens.

- Today it was perfect weather, not wind at all. Stable sun, perfect place. In pre event training I trained my eyes to figure out the target, so I can see well at the competition. This is my first time when shooting 600, it´s great. I know correctly there is not so many who has done 600 in competition, perhaps 6-7. It is a great honour to belong to that group, explained Germont, the younger of Rumplers brothers.

This was a perfect day for Germont, congrats!

Muriel Züger from Switzerland was the crowned as the Queen of the 300m Rifle Prone in Osijek. The victory did not come easily. Züger shot a result 595, but the same result shot also Polish Paula Wronska. The Championship was demanded to check the number of inner tens. In that Züger was better, but not a lot. Wronska had 25 inner tens and Züger 26! Muriel Züger won the Championship!

Wronska won the Silver medal with the difference of one point before Züger’s teammate Anja Senti (595 – 28x). Senti won her Bronze also with the number of inner tens, while Swedish Anna Norman had same result but two (2) inner tens less than Wronska.

So tight can shooting sport be, when there are the best athletes competing.