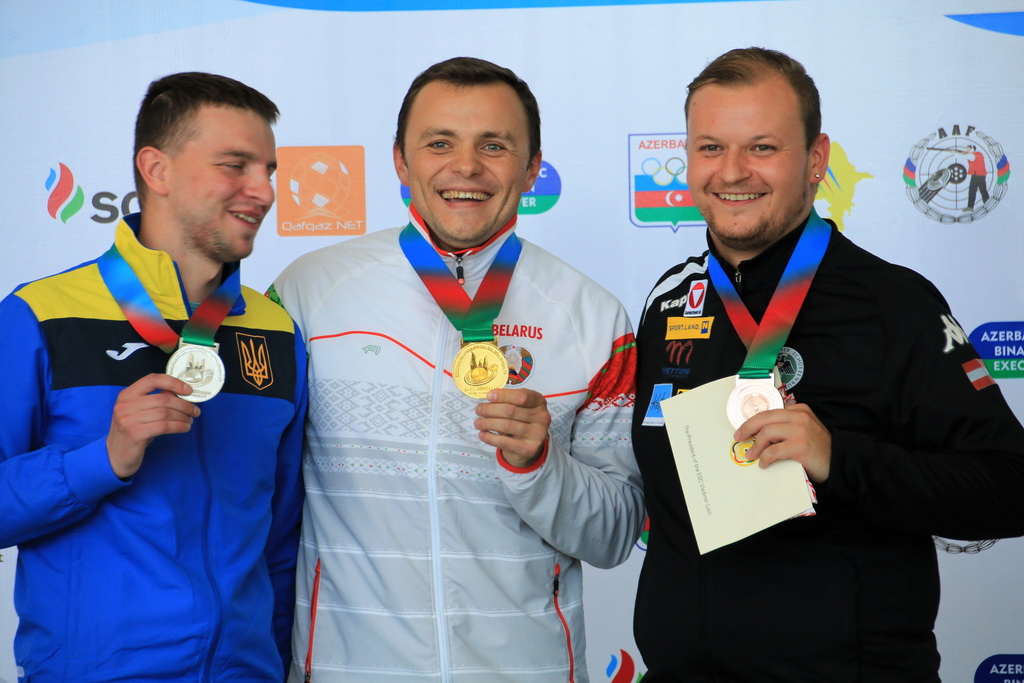 After the kneeling position Yury Shcherbatsevich were leading with equal result 154.1 with Serhiy Kulish. It looked that both athletes will not give up easily. On the third place there was Finnish Juho Kurki only 0.9 behind.

Prone position looks easy but it is more challenging as you can believe. The Prone Champion Yury Shcherbatsevich lost his place on top and it looked that Kulish will handle this competition. The difference for Kulish was 1.9 points (311.2) against Shcherbatsevich (309.3). Kurki kept still the third place.

Standing position: After the two five shots series Shcherbatsevich had taken the lead while Kulish shot only 47.9 into the second serie. Shcherbatsevich made 1.9 difference to Kulish Kulish didn’t want to give up and shot 10.6 and 10.7 but after that he collapsed by shooting 8.5. The rest is history. Yury Shcherbatsevich repeated his Prone Gold and took his second ever European Championship gold.

“I have never before won any European gold medals and that’s why it is important to me. I have some other colors. I have trained well for these championships. Six days a week and once or twice a day– 4-5 hours”, told the double European Champion Shcherbatsevich.

When asking about the weather condition and wind he only smiled and said: “You see, there was no wind for me!”.

Behind Shcherbatsevich and Kulish duel happened also quite a lot. Finnish Juho Kurki dropped on the sixth place by shooting some under ten and under nine shots. Austrian Alexander Schmirl made a great jump on the list by shooting 10.9 – 10.4 -9.8 and 10.3 and won the bronze medal.