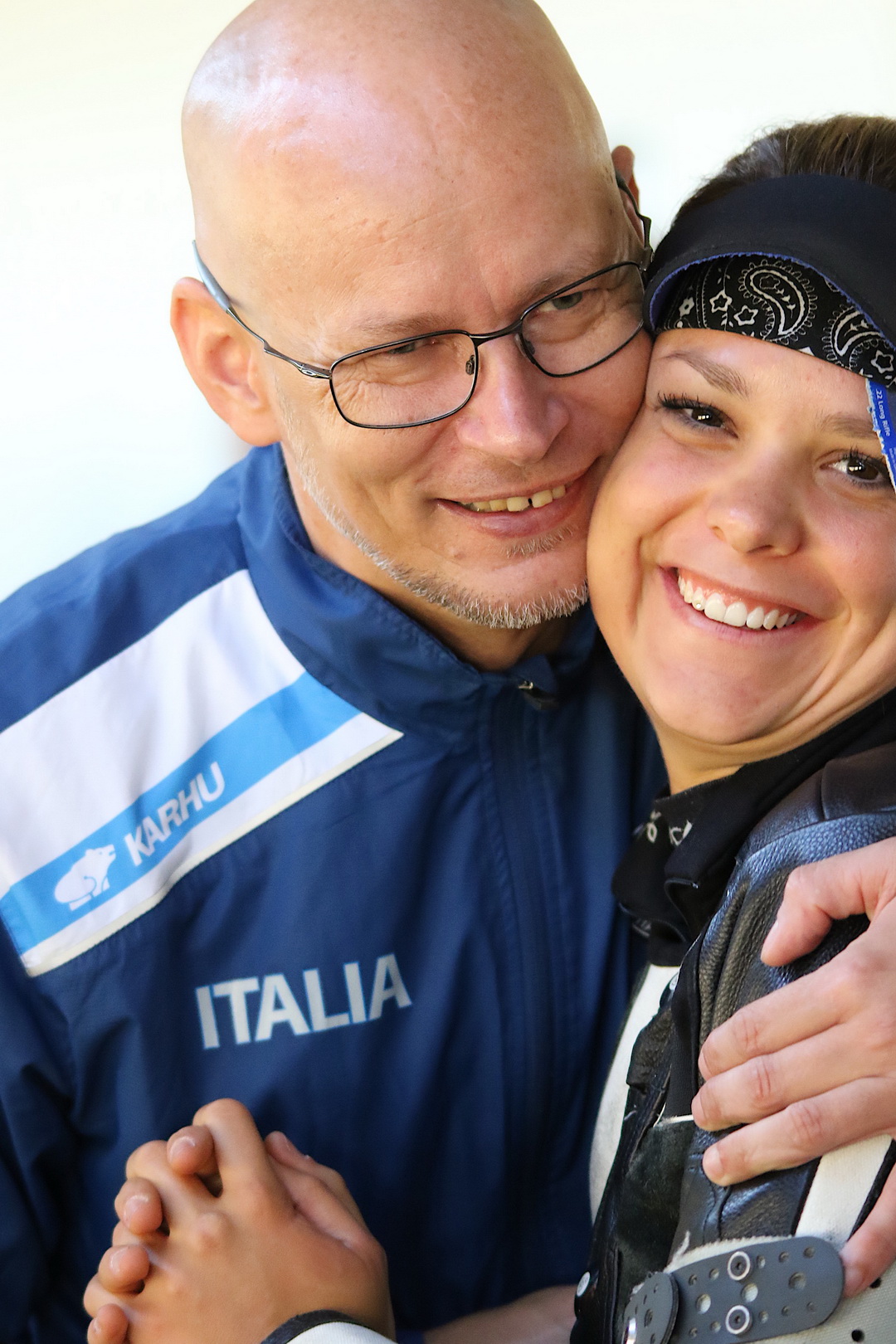 The Monday morning opened calm and nice warm. The temperature had been informed to be about +31C.

Monday’s rifle competition started with Women and Men Prone Competitions. Russian Yulia Zykova won the 50m Rifle Prone with result 627.8. She won German Eva Roesken with 2.9 points. Hungarian Gitta Bajos arose to the Bronze medal with her better last series before German Jolyn Beer. Both athletes shot 624.4 but Bajos made 104.3 into the last series when Beer’s result was 102.8.

When I asked about the shooting conditions the Majka answered shortly: - No problems, no wind, everything worked well.

Bartnik smiled beside Majka and showed the range and flags. – There is no wind here, maybe in other ranges there might be a small blow, but it does not disturb us. Today it was easy to shoot when it was so calm. Perhaps the light can disturb someone when it is so bright, but that didn’t disturb me at all either.