THE GOLD IN WOMEN'S 10M AIR RIFLE WENT TO SERBIA, THE SILVER AND OLYMPIC QUOTA PLACE – TO SWITZERLAND 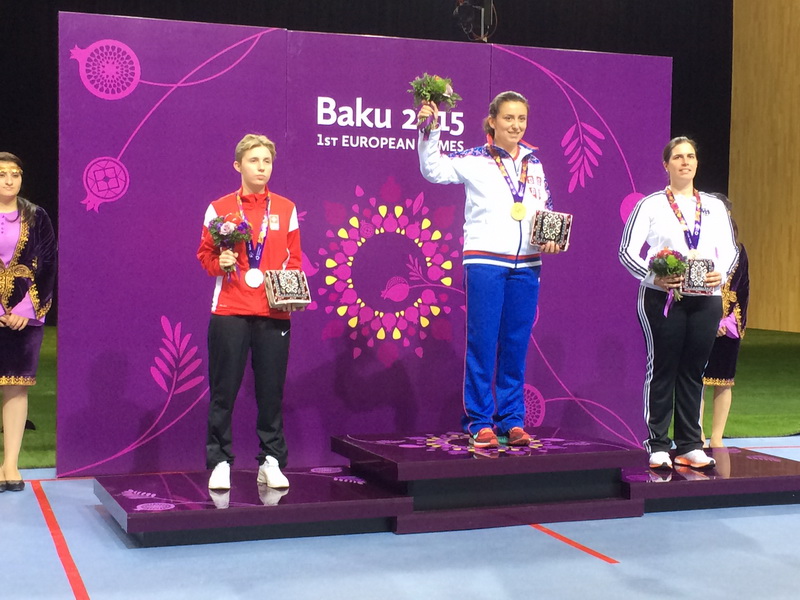 Andrea Arsovic from Serbia won the gold medal in Women's 10m Air Rifle with 207,8 points, which is the first Finals European Games Record.

Sarah Hornung from Switzerland lacked just one tenth of a point to reach the podium, and she ended up on the second place. She won the silver medal with 207,7 points, which is also the Final European Record Junior, and the desired Quota place for the Games of the XXXI Olympiad in Rio de Janeiro.