The golden "Good buy" of Roberto May 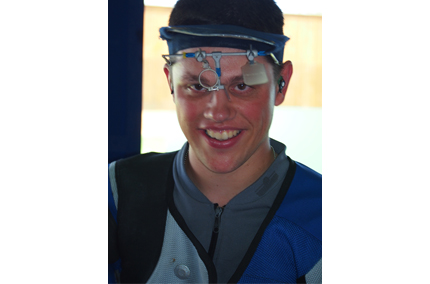 Switzerland dominates in the 50m Rifle Prone Men Junior competitions. In the team event the Swiss shooters set the new World and European record of 1855,8 points. The team consisted of Manuel Luescher (623,1), Roberto May (619,7) and Sandro Greuter (613,0). This record is already the third equalled or new world and European record made in the Pampas Shooting Center. Norway got the silver medal with the result of 1849,5 points. The bronze medallist team was Ukraine with 1848,7 points.

It was the day of Roberto May. He “ruled” the final at the most important moments.

-       Unfortunately my focus will be on studying for the next six years. I’m going to start studies in engineering and after that I’ll try to make a comeback. In Switzerland you still can’t earn your living with the shooting sport and that’s the simple reason for studying now. It may be too hard to study and practice for World Championships and Olympic Games. I have made my decision but I wish to come.

All of us wish Roberto to succeed in his studying the same way as he did at the Finals of 50m Rifle Prone Men Junior in Osijek!