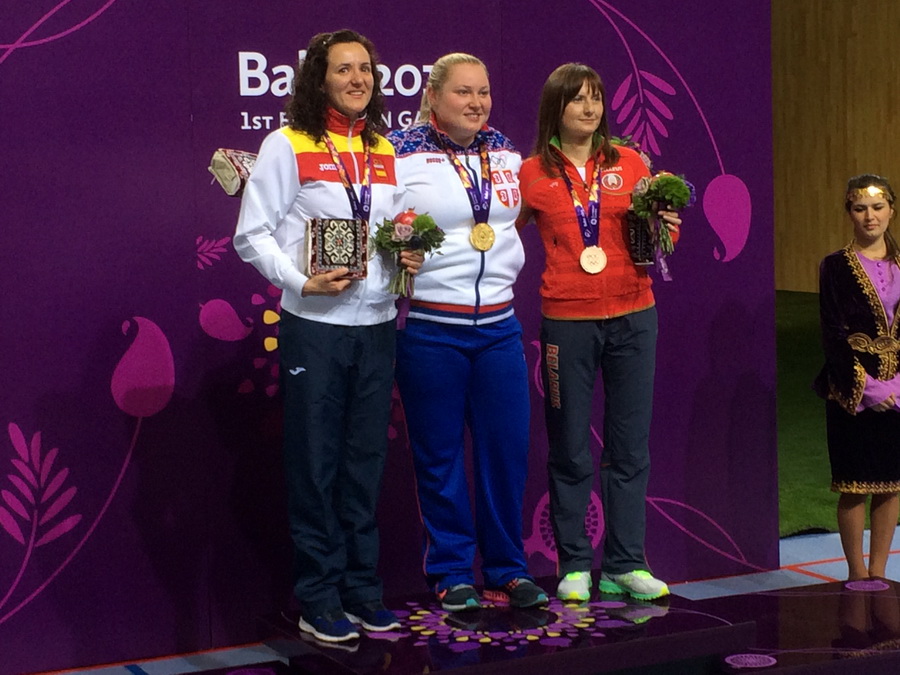 Zorana Arunovic became the winner of the Women competitions and set the first Finals Games Record with 199,5 points. The runner-up was Sonia Franquet from Spain with 196,3 points. The bronze and the Quota place for the Games of the XXXI Olympiad went to Viktoria Chaika from Belarus. The Russian Olga Kuznetsova who set the Games Record in Qualififcation - 390 points - ended up at the 6th place.

In Men's event the distribution of medals was not clear till the very last shots. They brought the victory to Damir Mikec who scored 201,8 points and set the Finals Games Record. The silver medal went to Joao Costa from Portugal. His final result was 201,5 points. Juraj Tuzinhsky from Slovakia who was leading with big advantage after 14 shots was third on the podium with 180,1 points. The Quota Place for the Games of the XXXI Olympiad went to Pavlo Korostylov from Ukraine who finished on the fifth place and set the Games Record in Qualification - 583 points.