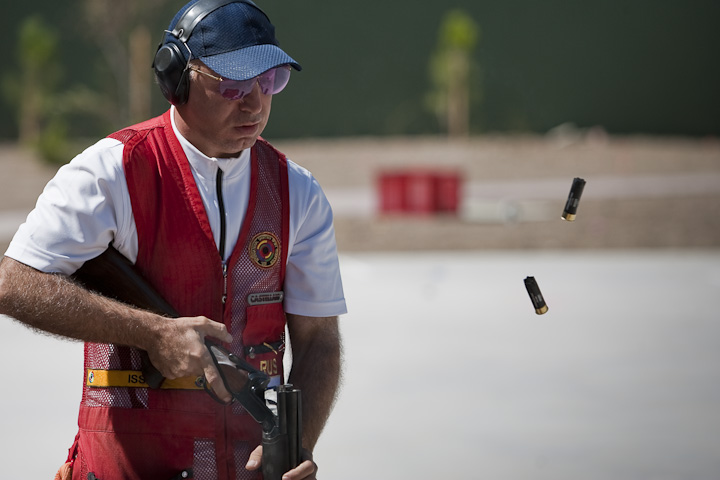 Today men and men juniors shot only one 25 targets series. Russian Valeriy Shomin is the only one with clean shooting in Skeet men after 75 targets. After him there are seven athletes who are only target behind him and still five behind of 2 targets. So it will be a very nice day for the last competition day.

Gabriele Rossetti is the leading athlete in skeet men junior. He shot today 25 targets perfectly. There were only two juniors who shot 25 – Rossetti and Czech Matej Novota who is at the moment on the fifth place. In team competition of men junior Germany (210) is leading with the difference of two targets before Italy and Cyprus (208 each).

Tomorrow men and men juniors will shoot 50 targets plus finals.