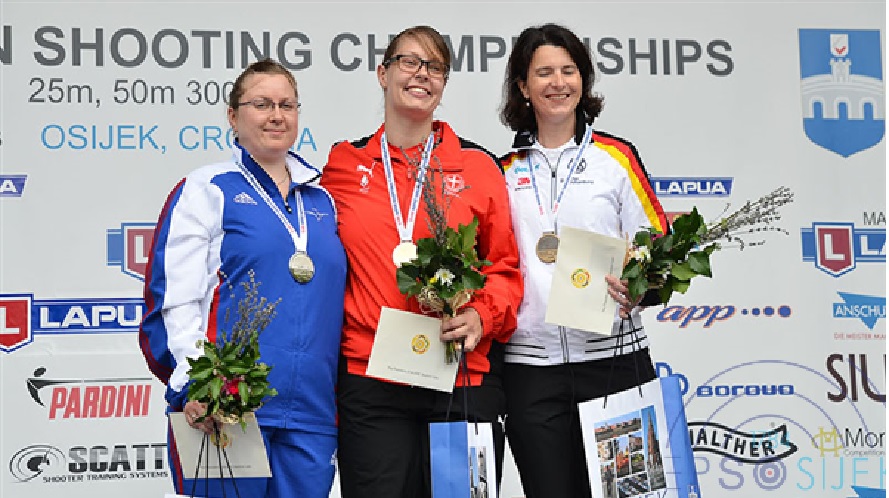 50m Rifle events are followed by 300m events. They started with the 300m Rifle Prone Women individual and team competitions. 300m Rifle is a harder event than 50m Rifle. They say that 300m is the king of the rifle shooting.

The team of Germany became the team competition gold medallists with the result of 1767 points. Switzerland, the winner of the silver medal, was one point behind (1766). Estonia was only one point (1765) behind Switzerland and became the winner of the bronze. The team of Germany consisted of Gudrun Wittmann (594), Sandra Georg (589) and Eva Friedele (584).