A DAY OF PRESIDENTIAL VISITS 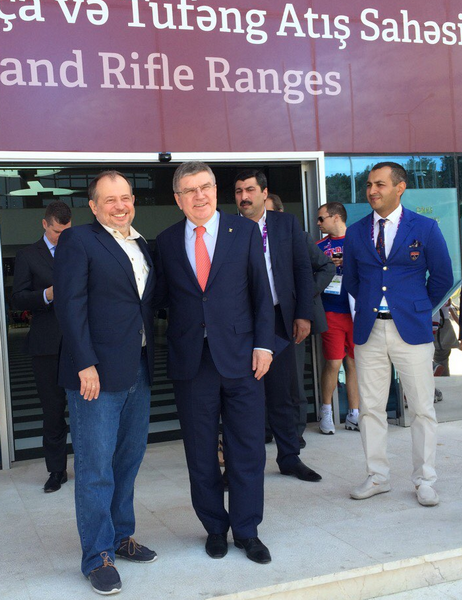 Saturday, June 13, was officially the arrival day for the participants of the shooting competitions of the 1st European Games in Baku. But it was also a day when by invitation of the ESC President Vladimir Lisin, that the IOC President Dr. Thomas Bach and the EOC President Mr. Patrick Hickey visited the Baku Shooting Center. Both Presidents praised the high level of the shooting competitions and the quality of the brand new facility.

During conversation with the IOC President and the ESC President, the future of the shooting sport as well as some matters of the international Olympic Movement were discussed. Dr. Thomas Bach pointed to the fruitful activity of the European Shooting Confederation and that it was the reason why for first time during his Presidency, that he visited a sports event during a training day.

Mr. Patrick Hickey underlined the importance of the shooting competitions for the success of the 1st European Games in Baku and that shooting, for sure, must be part of the next editions of those continental competitions.