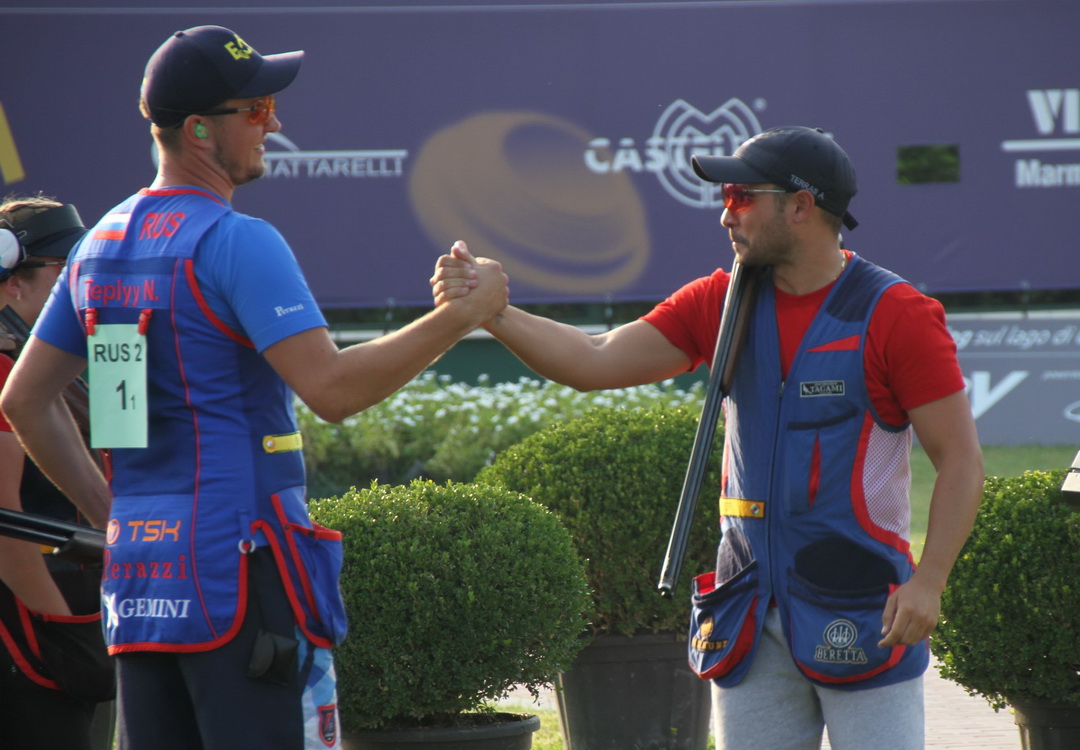 It was the last competition day of the European Championship Shotgun, and it is time to say goodbye – again – to the beautiful shooting range in Lonato. Memorable ECH finished with the excellent competition of Skeet Mixed Team.

Like in Trap Mixed Team, we can say again: what a day this was! Excellent shooting and exciting medal matches!

In the Medal Matches each athlete shot 20 targets, a total of 40 targets each team.

Russia 2 took the European Championship after hitting 38 targets in the gold medal match. France´s result was 32, and they got the silver medal. Zilia Batyrshina – Nikolay Teplyy was in a 19-17 lead after 20 targets. After 28 targets their lead was 3 points, and before the last station 6 points (31-25). The shooters of the France Team were Lucie Anastassiou – Anthony Terras.

Germany (Christopher Honkomp – Eva-Tamara Reichert) was leading the gold medal match after 20 targets 18-15, and when 32 targets were shot, Russia 2 (Andrei Danilenkov – Elizaveta Evgrafova) was 1 point behind (26-27).

The last station and the last targets: 33-33. It looked like the Juniors didn´t want to go home: it was a time for a shoot off in the last competition of the ECH. Finally, Germany won the shoot off 2-1.

The Bronze Match was exciting too: Cyprus (Anastasia Eleftheriou – Petros Englezoudis) and Slovakia (Ladislav Nemeth – Vanesa Hockova) were even after 28 targets (24-24). After the last targets the difference was one point – for Cyprus. Cyprus won the bronze medal with the result of 35-34.

Now it´s time to say goodbye to ECH and Lonato. Memorable competitions together with a beautiful and sunny weather – after some rainy days in the beginning – made it great again at Trap Concaverde Shooting Range. Thank you, Lonato!