Afternoon was Triumph of Russian Federation 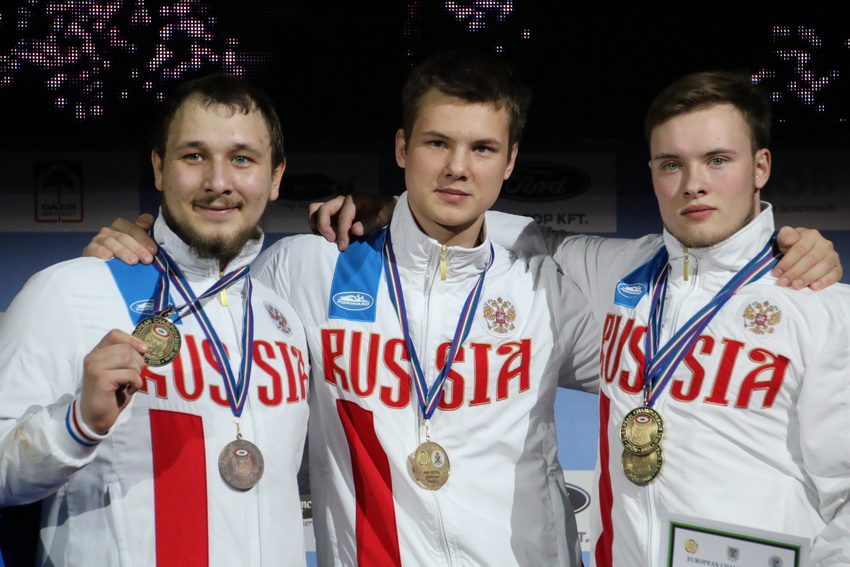 Russian Federation was the only country who succeeded to achieve three athletes into the final: Artem Chernousov, Anton Zanin and Alexander Bassariev. Russian Artem Chernousov, defending 2015 Champion, has been at moment the only last yearīs champion who has managed to renew his Championship. It was not at all an easy job for him, but he did it, and after exciting moments.

Chernousov stalked in the top three during the whole final, usually on the third position but he didn’t let the others go too far away. When 18 shots had been competed, Chernousov took the leading position and passed Latvinian Gvido Chetkovs, who had lead the competition after 15 shot. Chernousov verified his victory by shooting result 20.9 into the last two shots when Cvetkovs managed to achieve 20.2 points. The winning result of Artem Chernousov was 197.2 and he won Cvetkovs with the difference of 1.7 points. The Bronze medal winner was Russian Anton Zanin (175.0).

In the Team Competition Russian athletes show their power by winning the Team Championship. Their winning was superior – 19 points before Ukraine. The winning result was 1724. The Gold medal team consisted of Alexander Bassariev (577), Artem Chernousov (574) and Anton Zanin ((573). The silver medal was Ukraine (1705) and bronze medals travelled to Germany (1696).

In the Running Target Mixed was also triumph of Russia. The Gold medal winner was Maxim Stepanov (385), who won Hungarian Jozsef Sike (383) with two points. The hardest battle was from the bronze medal where the Running Target's “Grand Old Man” Krister Holmberg was best after the shoot offs. He won Polish Lukasz Czapla and Ukrainian Yehor Chyrva in shoot offs.