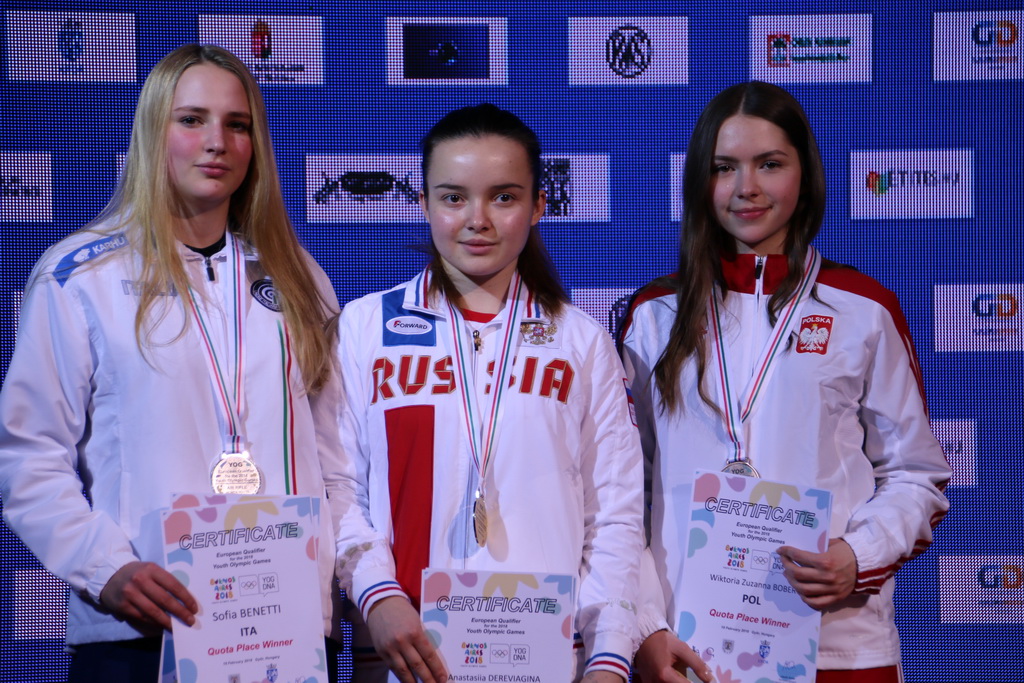 The last competition of the first competition day was the 10m Air Rifle Women Youth competition. There were 44 athletes who competed from three last YOG quota places in Györ. The best of the qualification was Italian Sofia Benetti with the result of 416.9. Russian Anastasia Deregeviagina was second only 0.4 points behind. The next final place winners were Estonian Sigrit Juhkam, Czech Karolina Brabkova, Russian Polina Bolotkova, French Marine Jeannot, Hungarian Lalita Gaspar and Polish Zuzanna Wiktoria Bober.

The Qualification winner, Italian Sofia Benetti had also passed Bolotkova and arouse for the second place with marvellous hits too. Among her last shots belonged even one 10.8 and two times 10.7 but Dereviagina was already far away in the lead. Anastasiia Dereviagina won finally the final with the difference of 2.2 points with the result of 249.2. The silver result of Benetti was 247. Zuzanna Wiktoria Bober won bronze with the result of 224.2.

These three podium ladies won also the quotas for their countries to Buenos Aires.