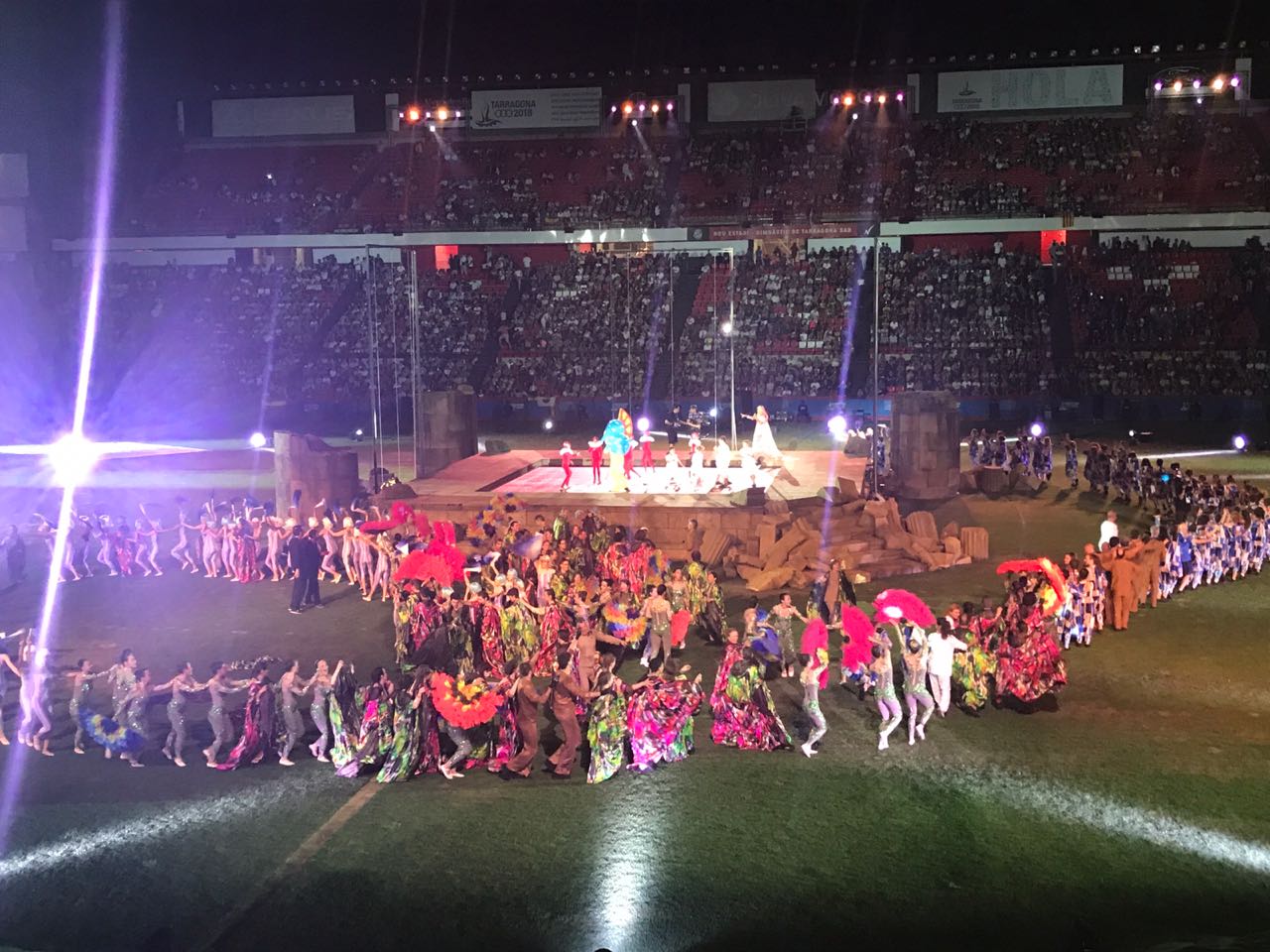 The 18th Mediterranean Games have been inaugurated on Friday, June 22, in the city of Tarragona, Spain.

Jose Perurena, Alejandro Blanco and Vladimir Lisin at the Opening Ceremony of the 18th Mediterranean Games

The next day Vladimir Lisin visited Campo de Tiro de Sant Salvador - place of the shooting competitions where 118 athletes from 23 countries of Europe, Africa and Asia disputed 6 sets of medals in Air Rifle/Air Pistol and Shotgun. He met with the athletes, the officials and the representatives of several ISSF Member Federations.

At the range with Demetris Lordos, the TD, and the members of the Shotgun Jury Mohamed Wahdam, Melis Giraud and Kostas Xenofontos