AUSTRIA, HUNGARY, CZECH REPUBLIC AND ITALY ARE THE MOST SUCCESSFUL TEAMS IN LJUBLJANA, SLOVENIA 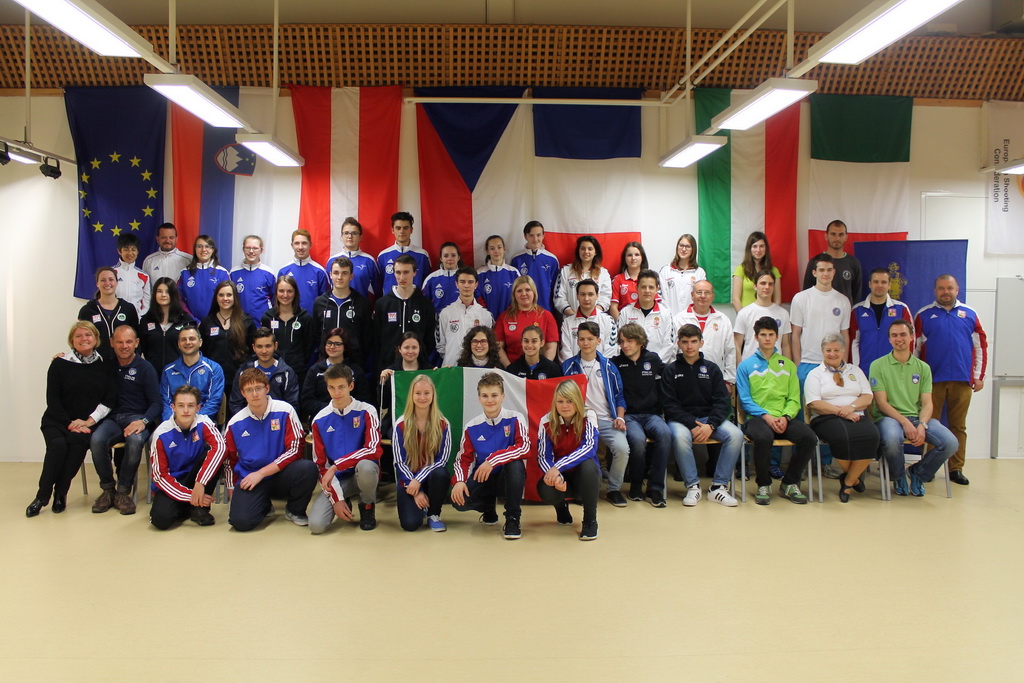 The 8th edition of the European Youth League – EYL for young air rifle and air pistol athletes 14-18 years of age has just completed its qualification period. The West Region was the last one to compete for four of the places at the European Final in October.

For the third time the regional competition was organized by the Shooting Union of Slovenia during the weekend of May 20th – 22nd, 2016. Competition manager Simeon Gönc and his team prepared 20 SIUS targets at the 10m Olympic Shooting Centre Ljubljana for the young athletes. On Saturday afternoon there was a sighting tour on the Ljubljanica River.

Talented athletes offered spectacular and exiting competitions during the weekend (18 girls and 18 boys) with Austria winning three rifle matches and lost the shoot off for the last match – a truly impressive performance! Teams were very tight with high excitement up to the very last shot. The lucky winners to go to the European Final are: Austria and Hungary in the rifle event together with Czech Republic and Italy in the pistol event.

The host country receives the slot for the rifle team to participate at the final in Bologna.

The ESC thanks all the participants for the fair and exiting conduct of the Qualification. At the same time we congratulate the successful athletes and coaches that can now prepare for the Final in Bologna. We would also like to express our warm thanks and appreciation to the Shooting Union of Slovenia and the organizing team.

See you soon in Bologna!

Photos will be published on the Facebook page of the Shooting Union of Slovenia.