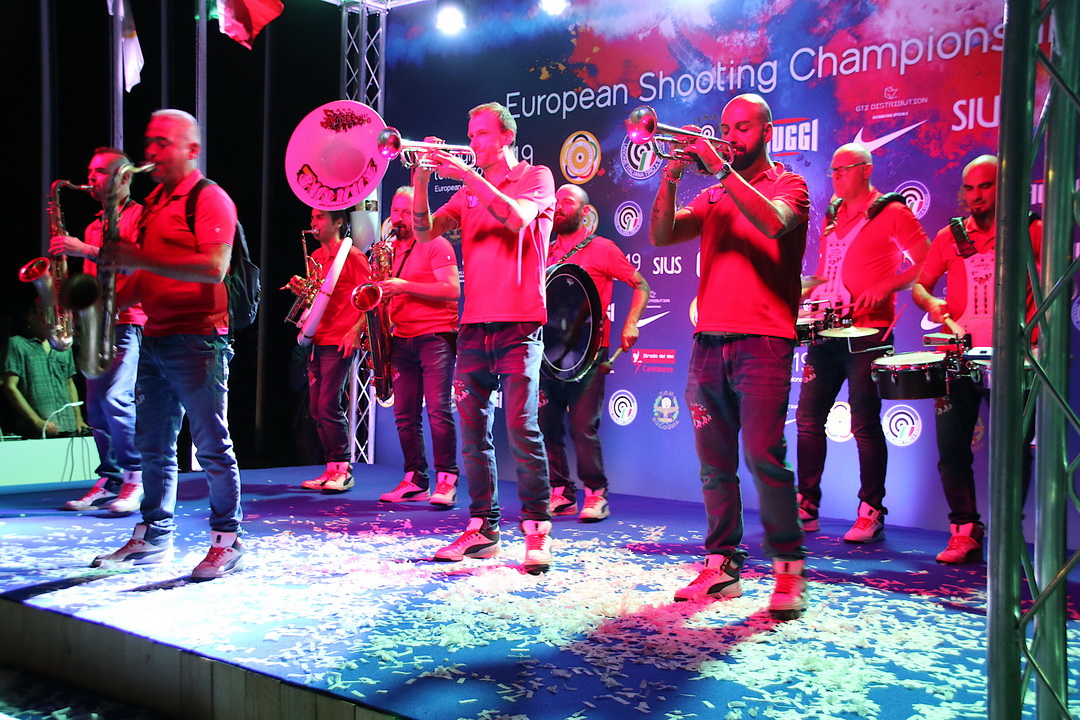 The Opening Ceremony of the European Championship was organized on Saturday 14th September at shooting range of Bologna.

The Secretary General of ESC and ISSF Mr. Alexander Ratner declared the Championship opened. He also told that for first time in the history of shooting sport four Olympic Final events will be seen on Eurosport TV Channel. He also reminded that ESC and ISSF have started a strong developing program for making shooting sport more known and more popular. Ratner mentioned that one of the goals is that the athletes would be superstars and they would be known all over where the go like other athletes in football, Formula 1 etc. Before declaring the Championship opened Ratner thanked warmly the Organization Committee who has done a marvelous work for the success of this Championship. The Championship in Bologna will last until 23rd September. The Rifle 300m event will be competed in Tolmezzo during 23-27th September.