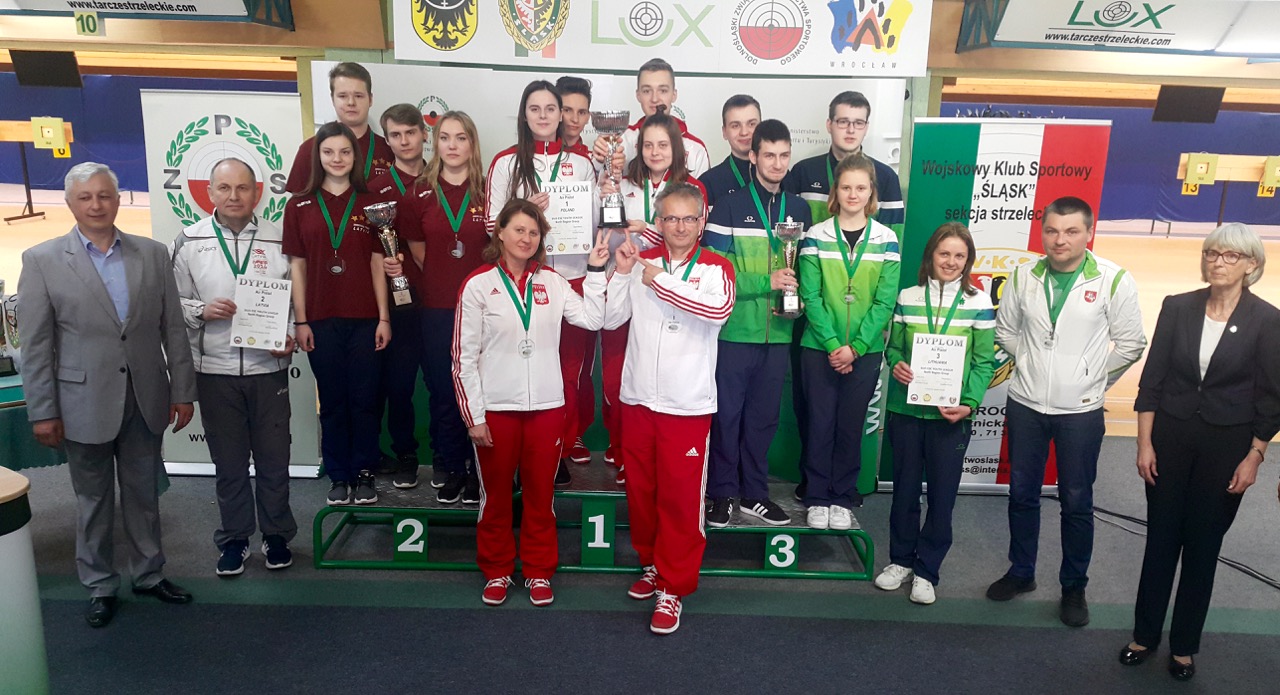 Young athletes from Latvia, Poland and Sweden can now prepare for the European Final in October, thanks to excellent performance.

16 teams from the North Region were entered to the 10th edition of SIUS European Youth League – EYL for young Air Rifle and Air Pistol athletes 14-18 years of age. After the elimination period earlier this year 10 teams were eligible to take part in the Qualification in Poland where they could fight for places in the European Final in Finland this autumn.

39 young athletes from 8 nations travelled to Wroclaw in Poland together with their coaches to compete in four matches each during the weekend 12-15 April 2018. The Rifle teams came from Denmark, Finland, Norway, Poland and Sweden. Estonia, Latvia, Lithuania, Norway and Poland were represented in the Pistol competition.

The Swedish Rifle team was once again outstanding winning all 4 matches, just like in 2017. They will be accompanied by Poland to the Final in Finland. The Polish athletes won 2 matches, like the team from Norway. The Polish team had however managed to gather more match points.

Poland and Latvia won 3 matches each in the Pistol competition which qualified them both to the Final in Finland.

The Polish Shooting Sport Federation and the shooting club of Wroclaw once again proved to be very experienced organizer. This was in fact the third time that the EYL was visiting Wroclaw. We all enjoyed a wonderful spring in Poland with warm and sunny weather. The hospitality was just as warm and welcoming. All teams stayed in the hotel Pod Strzelcem at the Wroclaw Shooting Centre where the banquet on Saturday evening was also held.

On behalf of the ESC Presidium I would like to express my warm thanks and appreciation to the Competition Manager Robert Pietruch and his team for excellent preparation. Many thanks also to the President of the Polish Shooting Federation, Tomasz Kwiecień and his team.

It was a great pleasure for me to follow the exciting competitions during the weekend and I would like to congratulate all athletes. Not only those who can now look forward to the Final in Kisakallio in Finland. In fact all participants deserve our appreciation – for excellent performance in friendship and fair play.