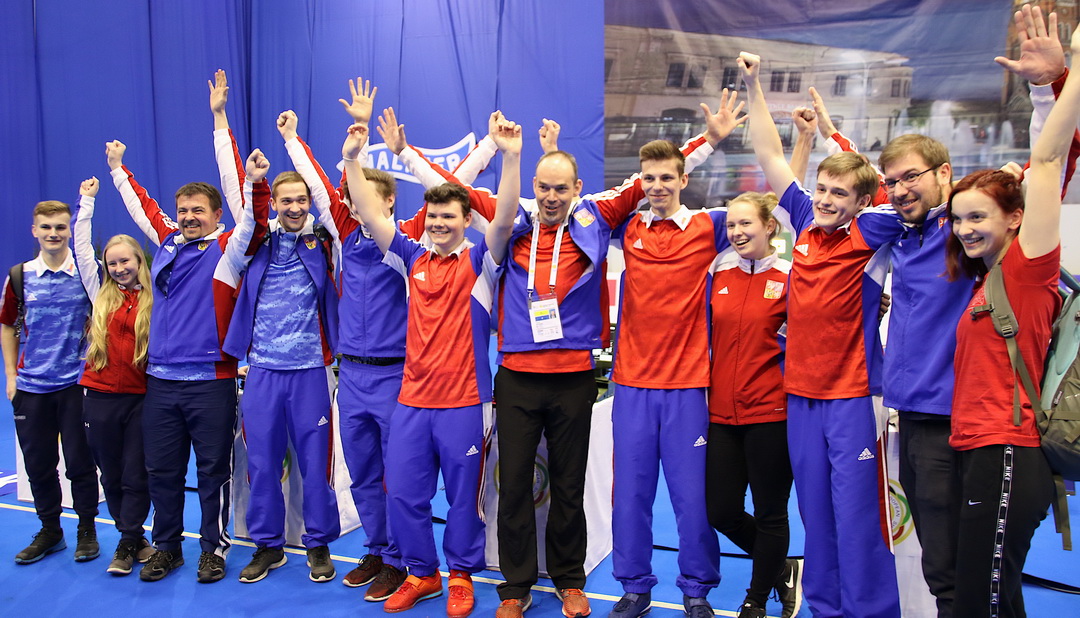 Nice excitment ccould be seen at Final Range of Osijek when the Men Juniors competed from the European Championship title in Team Event 10m Air Pistol Men Junior. In the Gold Match you have to wait until the last shot before the victory was clear.

Team Czech Republic and Belarus had solved their way to the Gold Match. Belarus started strongly but Czech Team competed well and the situation was equal 10-10 after ten shots. Belarus won the next shot, but in next it was the turn of Czech team 12-12. Czechs won the following, but they couldn´t catch the next, 14-14. It was turn of the Match Shot. Belarus made 29.8 and spectators waited the last hit of the Czech Team. 29.9 – Czech won the the Championship 16-14 but only 0.1 difference. Huh, what a drama again.

In bronze match before the gold match, there wasn´t such excitement while Russian Federation won Ukraine clearly 17-9.