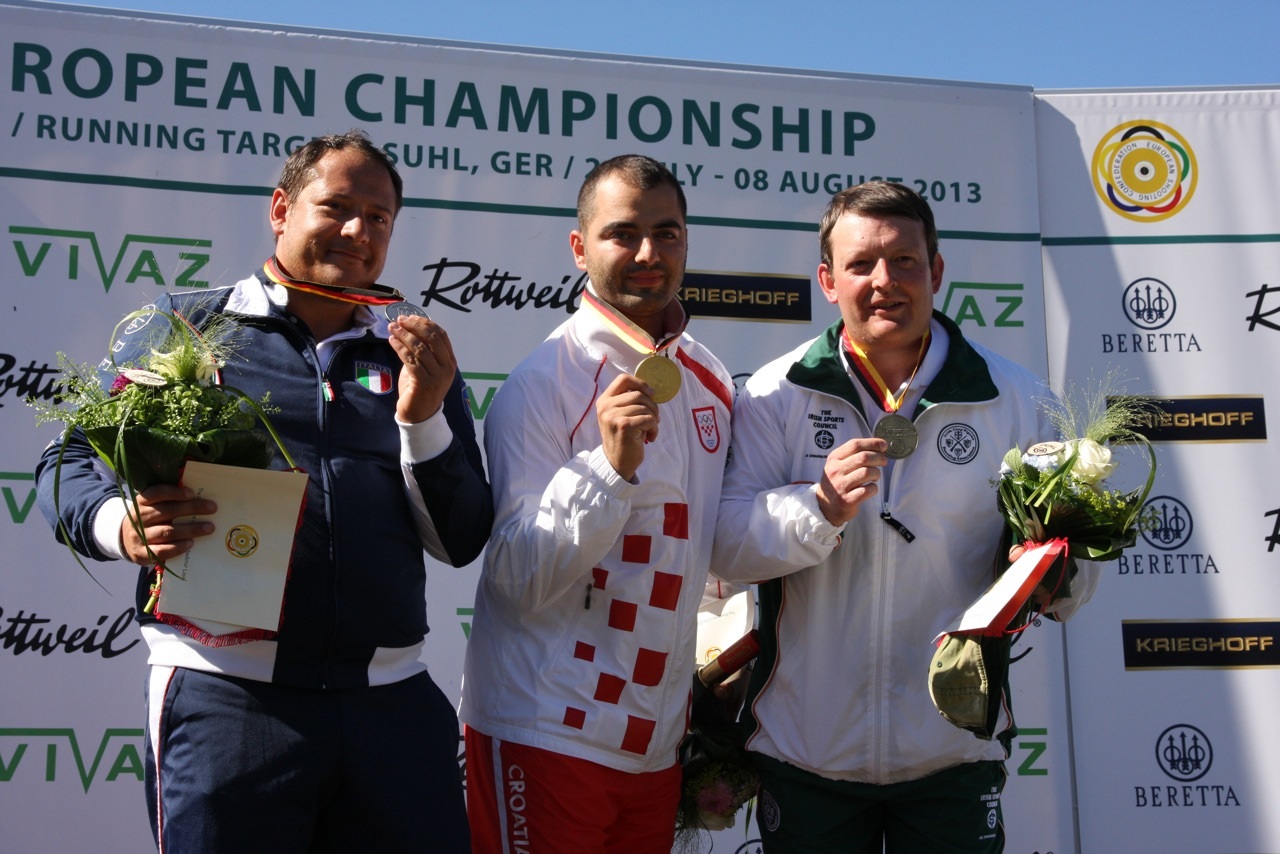 The three best trap shooters hit 124 clays at the Qualification of Trap Men. Six athletes qualified for the Semifinal with the result of 122 points. Three athletes went through after a shoot-off. The Croatian Josip Glasnovic finally won the European Championship after the gold match against the Italian Massimo Fabrizi with the result 14-10. Derek Burnett from Ireland and Stephane Clamens from France competed in the bronze match. Burnet won the bronze with the score 12-11.

In the team competition Croatia beat Slovakia, which had the same result but Croatians had a better result of the last series. France became the winner of the bronze medal with the result of 362 points. The Croatian team consisted of Josip Glasnovic (124), Giovanni Cernogoraz (120) and Anton Glasnovic (119).

In Trap Men Junior the Italians were the strongest. Carlo Mancarella won the gold and the Italian team won the Championship as well. In the gold match Carlo Mancarella beat Filip Praj from Slovakia with the score 14-12. In the bronze match the Serbian Nemanja Smiljanic and Vladimir Stepan from the Czech Republic needed a shoot-off while, both receiving 12 points in the match. Smiljanic won the shoot-off 1-0.

Italian shooters were the strongest in the team competition winning the gold with the result of 354, beating the Czech Republic (349) and Serbia (345). The Italian team was comprised of Diego Meoni (119), Carlo Mancarella (118) and Luca Miotto (117).