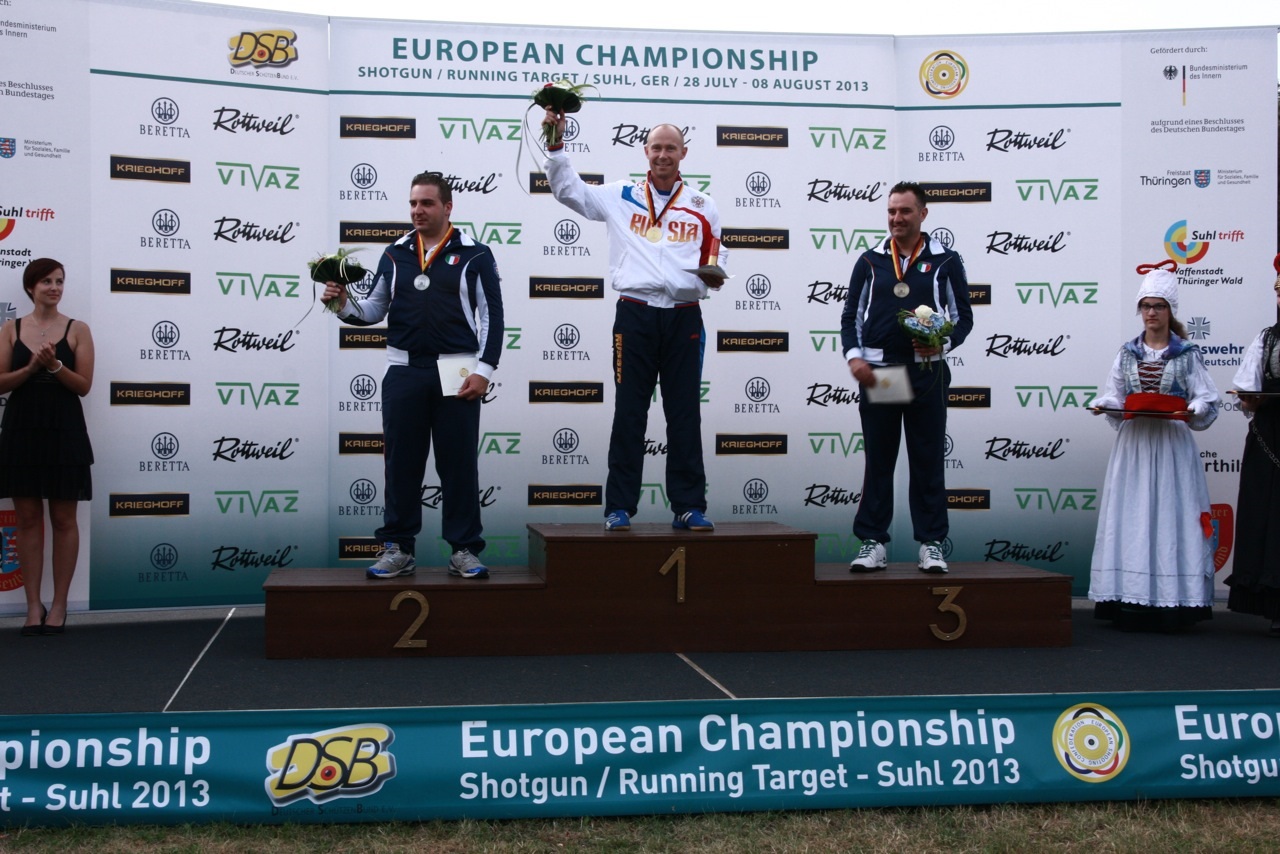 The Double Trap Men Junior Qualification is over. The history of the shooting sport is being written again. The three best athletes of the Qualification had the same result of 141 points, which is a new Junior’s World and European Record.

The Russian Slepuskin and the Italian Vescovi could not get through the Semifinal to the medal matches. Nathan Lee Xuereb and Kiril Fokeev made it to the Golden Match. In the Bronze Match Roman Zagumennov met with Filip Praj.

Nathan Lee Xuereb from Malta became the winner of the gold medal after a shoot-off with the result of 27 points. He won the shoot-off 8-7 against the Russian Fokeev. Zagumennov beat Praj in the Bronze Match with the score 30-26.

In the the Double Trap Men Qualification the German Adress Loew equalled the European record (144 points). The Italian Marco Innocenti (143 points), the Russian Vasily Mosin (142 points), Emanuele Bernasconi from Italy (141 points), Artem Nakrasov from Russia and Davide Gasparini from Italy (140 points) are another five athletes who reached the Semifinals.

The Russian Mosin beat the Italian Innocenti in the Gold Match with the score 29-28. In the Bronze Match a shoot-off was needed, both athletes receiving 28 points. Gasparini finally won the shoot-off 2-1 and received the bronze.

The team competition was a piece of cake for the three athletes. All of them were among the four best athletes in the Qualification. Their result of 424 points (Innocenti – 143 points, Bernasconi – 141 points, Gasparini – 140 points) is a new World and European Record. The Russian Federation became the winner of the silver medal with the result of 419 points, and Germany became the bronze medallist with the result of 414 points.