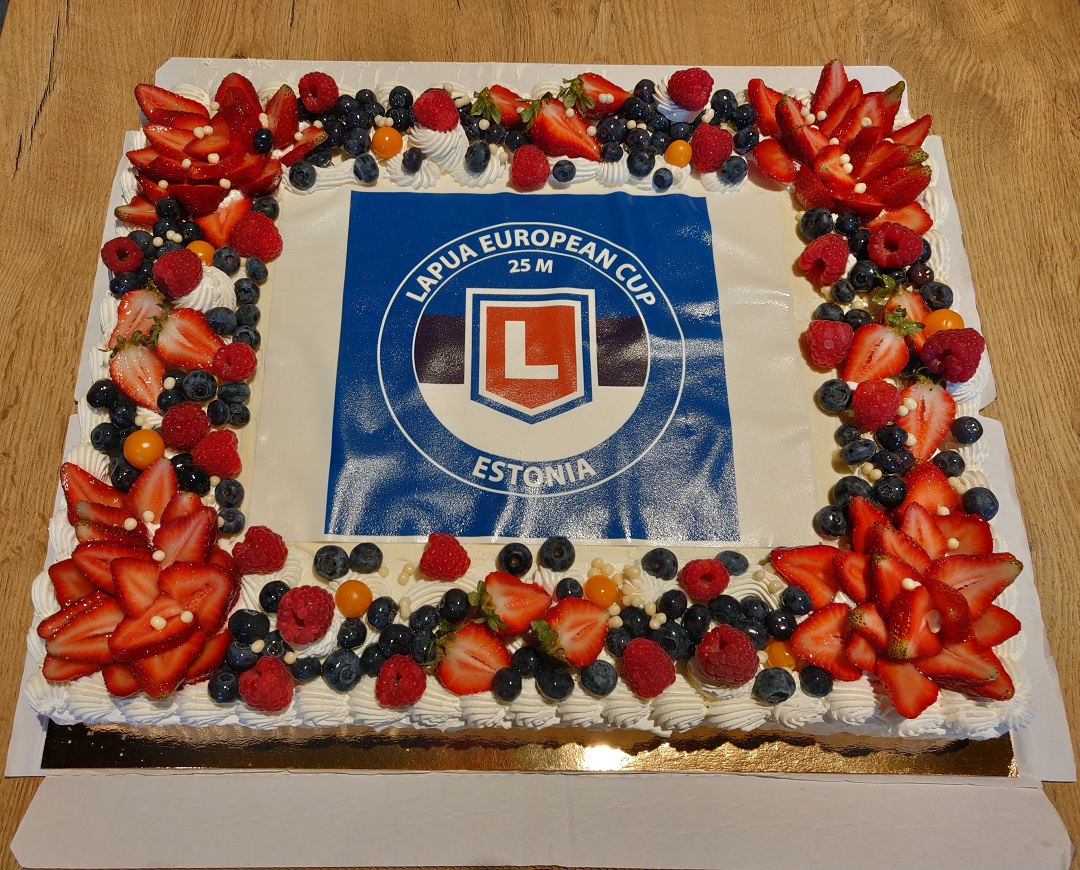 Saturday woke up a little bit unsure, there were quite a lot of clouds and a very small rain when arriving to Männiku Shooting Range. Slowly the sky opened and the sun was seen. The forecast had promised rain even 5.3 mm, but it had not yet arrived, when writing this.

After the first stage (precision) of the 25m Center Fire Pistol Men, Finnish Joonas Kallio was on the top position, leading with result 293. There was a strong group of French athletes behind Kallio: Kevin Chapon (291), Florian Fouquet (290) and Alban Pierson (290). The result of 290 shot also Estonian Reijo Virolainen and French Patrice Duviel. Kallio shot evenly the Precision; his series were 97, 99 and 97.

The beginning of the second stage(rapid) was not so nice for Kallio. He missed one shot and the result was only 88. Kallio dropped down to sixth place in his relay and finally he was fourteenth on the result list.

Estonian Peeter Olesk made a nice result 295, which was the best result of the second stage and he climbed up finally on the bronze position. Olesk total result was 581(286+295). Florian Fouquet from France made also a nice shooting and finished his stage with 292 result. His total result 582 (290+292) was enough for silver medal.

My rapid fire stage was amazing

- Today the competition was much better than I have used to and I was more confident to my rapid fire stage. My rapid fire stage was actually amazing, it felt so easy and simple to shoot today. Amazing! In the beginning of the season this wasn’t so good. We were on the camp two weeks ago, we shot a lot and now the rapid fire is at the same level as the other, described the winner Kevin Chapon after the competition.

- I have had to concentrate my shooting what disciplines I shoot while we have now a small baby in the family and I have to concentrate only 25 m events, I do not have so much time any more than three years ago. This concentrating has been very successful, explained Chapon.

The silver medallist Fouquet was quite satisfied for the result and told that it is not so pity to be on the silver podium when the team mate wins the competition.

The bronze medal winner was Estonian Peeter Olesk who was very satisfied for rapid stage result (295), which was the best in the stage. Same result shot the winner Chapon too.

- The rapid fire part was good today, but the precision so good in the morning. It was some way too dark for me this morning. I couldn’t keep my level enough high. Today it was not my precision day, sometimes it is but not today. Tomorrow I must be better in Standard Pistol, said Olesk.

If it was too dark at range in the morning, the other athletes liked Männiku range. They even praised the 25m range while there is enough natural light, it is easy shoot, even it is a little chilli.

- The targets are appearing clear and they look some way even bigger, said Kevin Chapon.