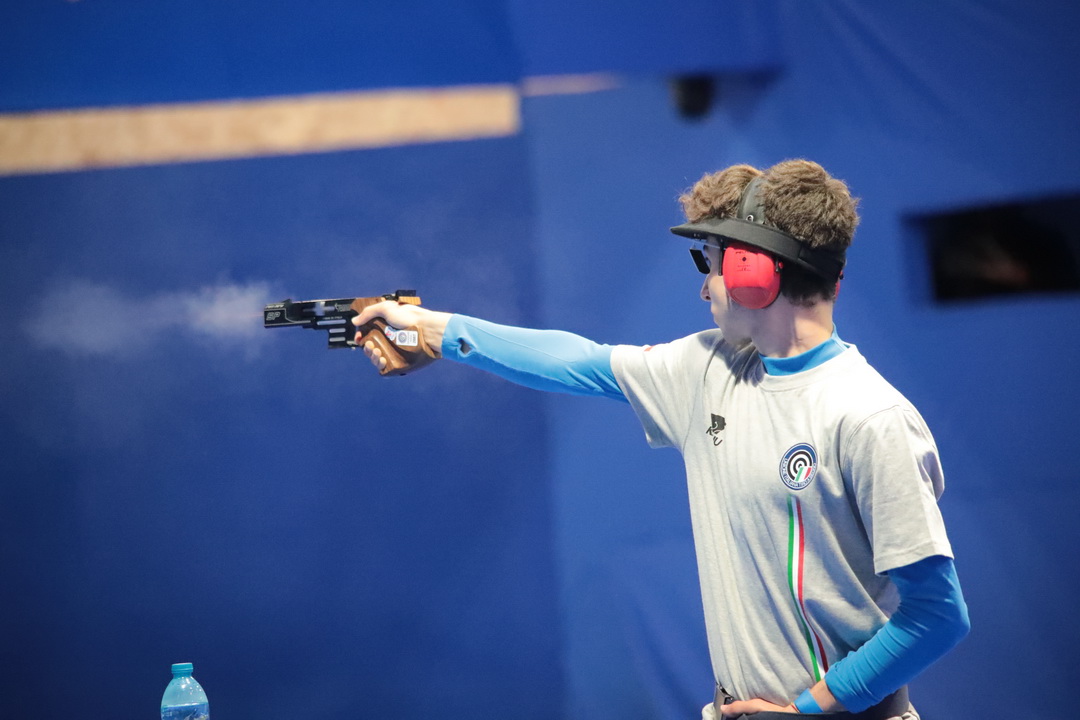 They get a point from every hit inside the 9.7 cm ring. Nikita Mann showed how well he can concentrate. He rose on the third position. Then he made tie with Italian Michele Palella (16 hits both) and after 3 third shoot off he dropped Palella third with 4 nice hits. In front there was only his team mate Dmitri Maliukov who had 17 hits.

In the last five shots series Mann passed Maliukov who caught only one hit instead of Mann’s four hits. The Championship was Mann’s.