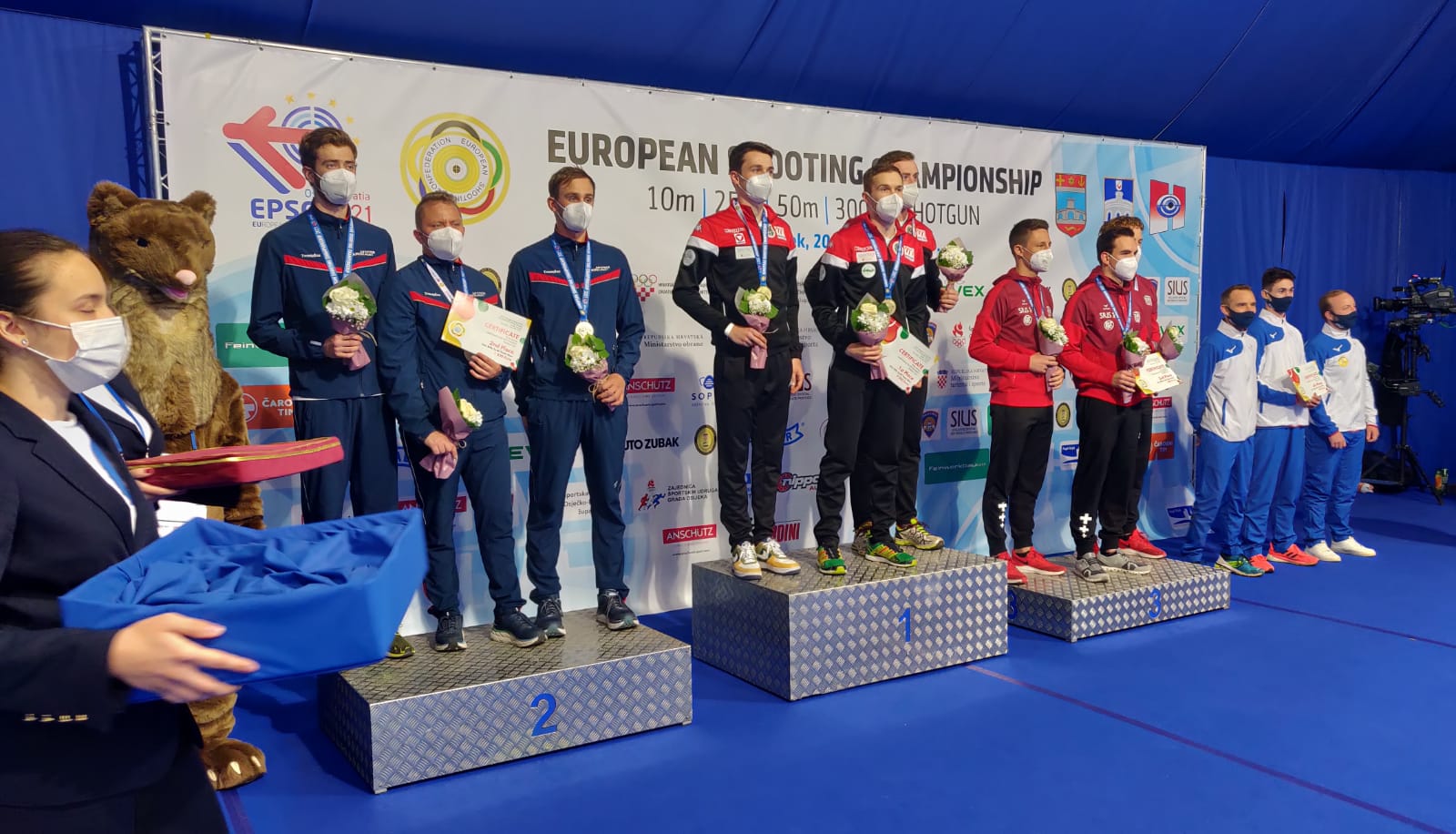 The last Final of Sunday was the 50m Rifle 3 Position Team Men.

Norway took the lead from the beginning, and Austria followed behind, but not far away.

It looked that Norway would go to the victory when they were leading already with 10 point. Austria approached Norway slowly and just before the last shot the situation was tie. Then the destiny touched the match when it was tie 45-45 situation. Next shot would finish the match.

Henrik Larsen made his shot and the target gave him 4+ points result. After research of target by Jury and Referees the Referees told Larsen that he has to change the firing place. The rubber line behind the target was in the end and the target did not give the right result.

Henrik Larsen made good test shots into the new target. While all other did not have any problems he got a new shot. He made a 10.5 and when it was compared to the Austrian shot it was unfortunately 0.2 lower. After this dramatic end Austria won finally Gold, Norway Silver.

Bronze travelled to Switzerland who beat France. When the last shot was done and the result was told the Swiss Teamstarted a wild dance. They joyed the Bronze like gold medal.

In the 25m Standard Pistol Open the best was Matej Rampula (CZE), Oskar Miliwek was the second and Artem Chernousov third. Hungarian Veronika Major came 4th and she was the best woman in this competition.