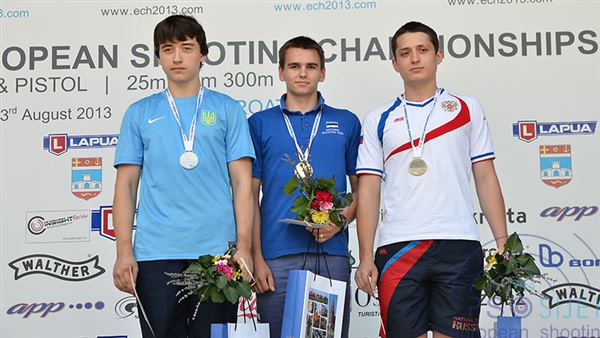 The winner of the silver medal, the Ukrainian Pavlo Korostylov, received 567 points. Denis Kartashov from the Russian Federation ranked third and won the bronze medal with the result of 558 points.

Russia won the team gold with the result of 1662 points, Estonia(1648) won the silver medal and Ukraine (1644) became the winner of the bronze medal. The Russian team consisted of Denis Kartashov (558), Nikita Sukhanov 553 and Aleksandr Marchev (551).