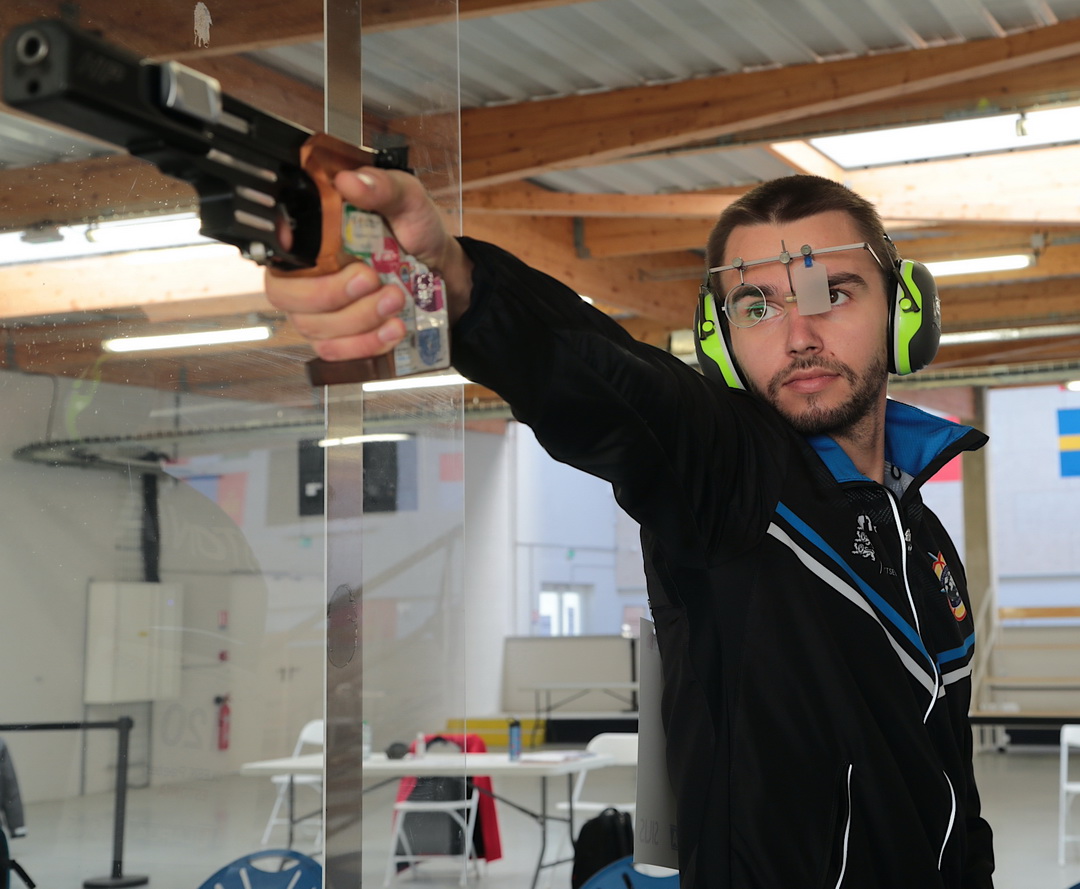 Athletes will have two Finals: Final for 2020 and Final for 2021. The reason why it will be organized these two Finals at the same time is well known Covid-19 virus. The athletes will compete in the 2020 Finals first on Friday and Saturday morning and on Saturday afternoon and Sunday morning will be the 2021 Finals. The events of both finals are Center Fire Pistol and Standard Pistol.

The best of Center Fire Pistol 2020 Final was Estonian Peeter Olesk with result 584. He was also the best in Rapid Stage by shooting 291. The winner of Silver medal was Latvian Lauris Strautmanls with result of 575, and the Bronze medalist was Kevin Chapon (572) from hosting country France.

Slovenian Joze Ceper and Estonian Peeter Olesk were on the top after the Precision Stage. Both shot 293: Ceper had 16 inner tens and Olesk 10. Behind Ceper and Olesk were two Latvians athletes: Emils Vasemanis and Lauris Strautmanls. Vasermanis made 291 – 2 points behind the leaders, and Strautmanls 3 points behind.

Estonian Peeter Olesk took finally the victory and was superior with the difference of 9 points. The Rapid Stage was a little bit dramatic, while Ceper made into the first rapid stage series 86 points only. Latvian Emils Vasermanis spoiled his possibilities by shooting two shots into the wrong target.

French Kevin Chapon was on the 10th place after the Precision Stage but climbed up finally for the third place with result 572 (284+288). Swedish Håkan Landebring made the same result as Chapon but lost the Bronze medal with the number of inner tens. (Chapon 13, Landebring 11).

- Well, of course I’m very happy. A little bit not so happy for Rapid Stage but generally 584 is a good result, told Peeter Olesk after the competition.

Olesk will be hunting for more medals tomorrow in 2020 Standard Pistol and from 2021 Finals too.