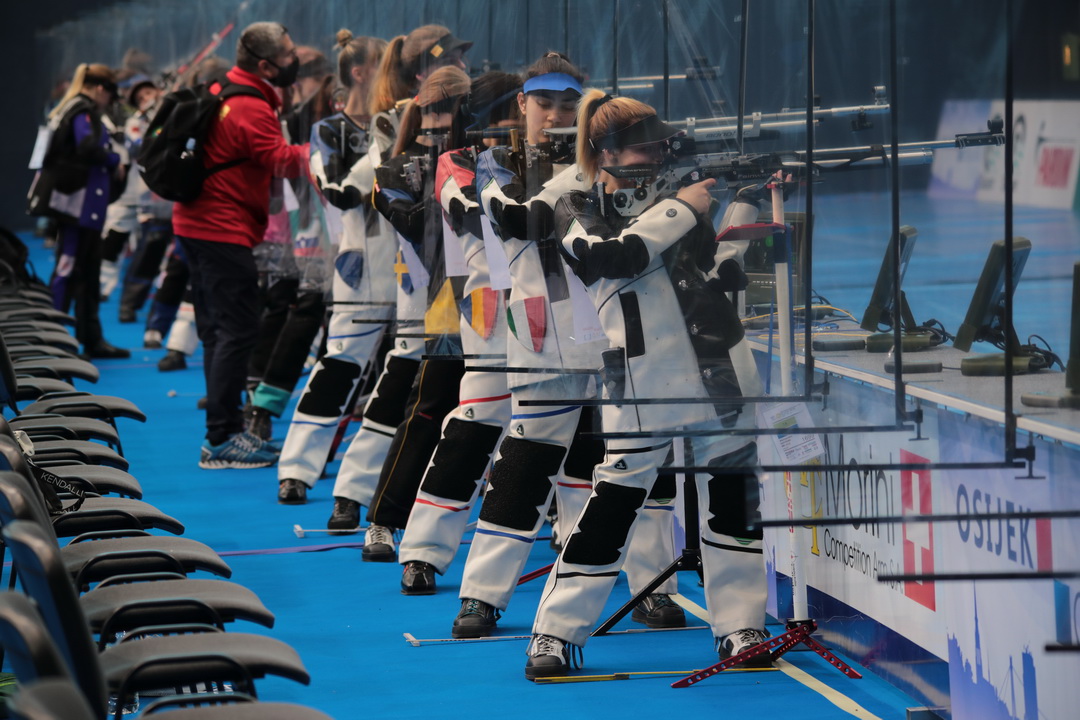 When music world is celebrating and competing in Rotterdam the Eurovisions, the shooting sport family will focus their eyas to Osijek Croatia, where the 2021 European Championships will take place.

- We can say that these are the world biggest European Championships ever, mentioned the ESC and ISSF Secretary General Alexander Ratner in his speech at Technical Meeting organized via Zoom on the Internet due to the Covid 19 situation.

The task to prevent Covid 19 spreading during the Championship is of course one of the goals and the Organizing Committee has made an enormous work for that. All the participants have to have a negative Covid PCR test, not older than 48 hours, when arriving to Croatia and Osijek. Then the athletes will be tested every 48 hours again. All participants (Athletes, Coaches, Officials, Jury Members etc.) will have a different color bracelet. Without quick PCR and a negative result, you can´t get that bracelet which will allow you to enter to the Championship Centers. The PCR testing team will make the Covid tests not only in the shooting ranges, but also at the athlete hotels to make sure that anybody does not

As you can imagine, the Championship will also be competed without spectators and that is why the ESC and Organizing Committee will broadcast nearly everything at least on internet, but also the most important events (24) on TV via EBU satellite and 4 of those Olympic events on Eurosport too.

The Covid 19 tests are not the only tests which will be done at the Championships. The Antidoping is also at main agenda and there will be done over 130 Antidoping tests.

The world biggest shooting sport European Championship gather together in 10 m events participants from 52 countries totally 577 athletes. And the number of the starts is 1194!

The athletes are competing for the 16 Tokyo Quota places in following events:

During the Championships the athletes will also vote for the new Athletes Committee, which is also one part of the permanent committees. The voting time is from May 22nd to 5th June (11am 5pm). Voting place is the TD´s room.

The Championships will officially start tomorrow with 10m Air Rifle Women and Men Junior Competitions. The last competition day is the 5th June.