Familiar names on the podium of 25m Standard Pistol 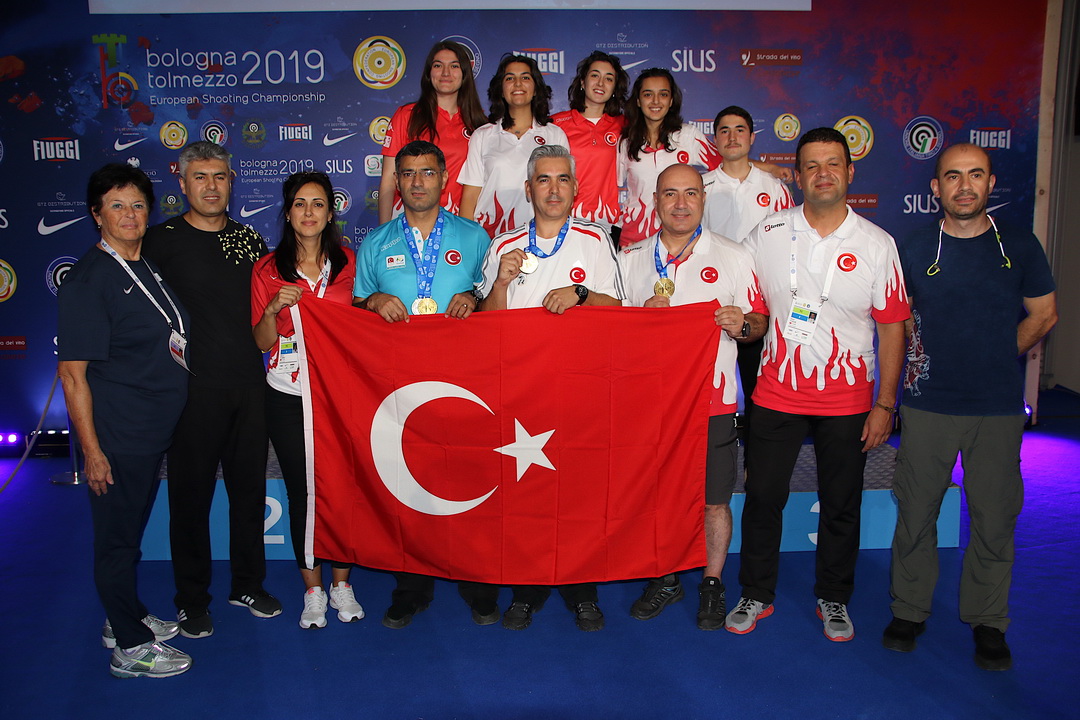 The Championship of the 25m Standard Pistol was the fight of three famous athletes: Ukrainian Pavlo Korostylov; Turkish Yusuf Dikec and German Christian Reitz. These athletes have won quite many medals each and so they did again today here in Bologna.

"This competition was very difficult. I had some problems in pistol. The trigger is not ok, it is someway loose and something is not in order. Have to check. I have changed my finger position when shot and anything could work well. I’m so happy when I have now the gold medal", told Korostylov after the awarding.

Anyway the masters can handle the difficulties and win!

In the team competition Yusuf Dikec got a little bit balm on the wounds when he had the possibility to lead his team mates to the highest podium. Turkey won Team gold. The team consisted of Yusuf Dikec (571), Murat Kilic (568) and Yavuz Keskin (562).Total result was 1701. The result (1696) of Korostylov’s team (Ukraine) reached to silver and bronze to Germany (1692).