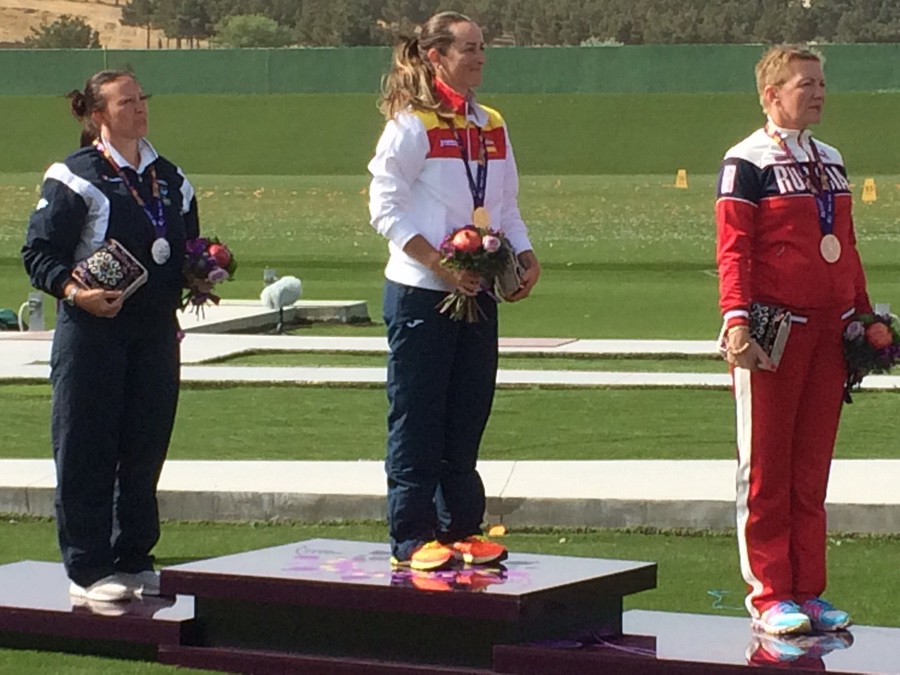 Fatima Galvez from Spain and Alexey Alipov from Russia are the first European Games champions in Trap.

Fatima Galvez won the Women's Trap competitions during the first day of the shooting competitions in Baku. In the Gold Match she hit 13 targets while the other finalist - Adriana Perilli from San-Marino - only 11. But Perilli was not very much upset with this loss. The second place in Baku secured her a Quota place for the Games of the XXXI Olympiad in Rio de Janeiro.

Both participants of the Bronze Match were from Russia. Elena Tkach with 14 hit targets was more successful than Tatiana Barsuk who hit 11 targets.

In Men's Gold Match Alexey Alipov from Russia beat Eric Varga from Slovakia. The 2004 Olympic Champion hit all 15 targets while the 2014 World Champion left one target missed. Besides the gold medal Alipov won the Quota Place for the Games of the XXXI Olympiad. Both participants of the Gold Match have set the Games Record in Qualification - 123 hit targets out of 125.

In the Bronze Match the 2000 Olympic Champion and 4-times World Champion Giovanni Pellielo from Italy was more precise than his opponent Edward Ling from Great Britain.

32 shooters took part in the competitions.