FOLLOWING AZERBAIJAN, THE NEXT EUROPEAN SUMMIT WILL BE HELD IN SLOVENIA 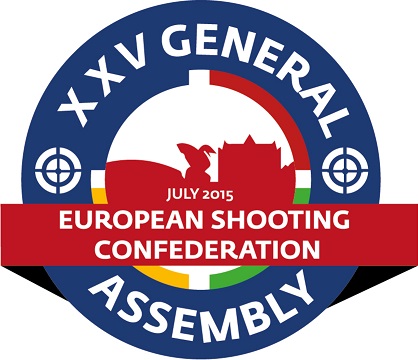 Following the 1st European Games in Baku, the next summit of the European shooting sport family will take place in Slovenia. The XXV Ordinary General Assembly of the European Shooting Confederation will gather the leaders of the ESC Member Federations during the week-end of, July 18-19, in Ljubljana. Representatives of 40 countries have already confirmed their participation in the event.

The Agenda of the ESC General Assembly, as always, is very tense. Along with the traditional reports of the President and the Presidium for activities since the previous ESC General Assembly in May of 2013, as well as Treasurer’s and Auditors’ reports on the financial situation in 2013-2014, it will include discussions on many other important matters. The Delegates, for instance, will decide on the acceptance of the Bulgarian Shooting Union and the Shooting Sport Federation of Kosovo as new members of the ESC. Delegates will also receive information on the process that is ongoing on the preparation of the new version of the ISSF Constitution and on the possibilities for a joint Development Program of the ESC with the ISSF Training Academy.

The complete Agenda of the XXV ESC Ordinary General Agenda and delegates’ meeting documents can be found here.