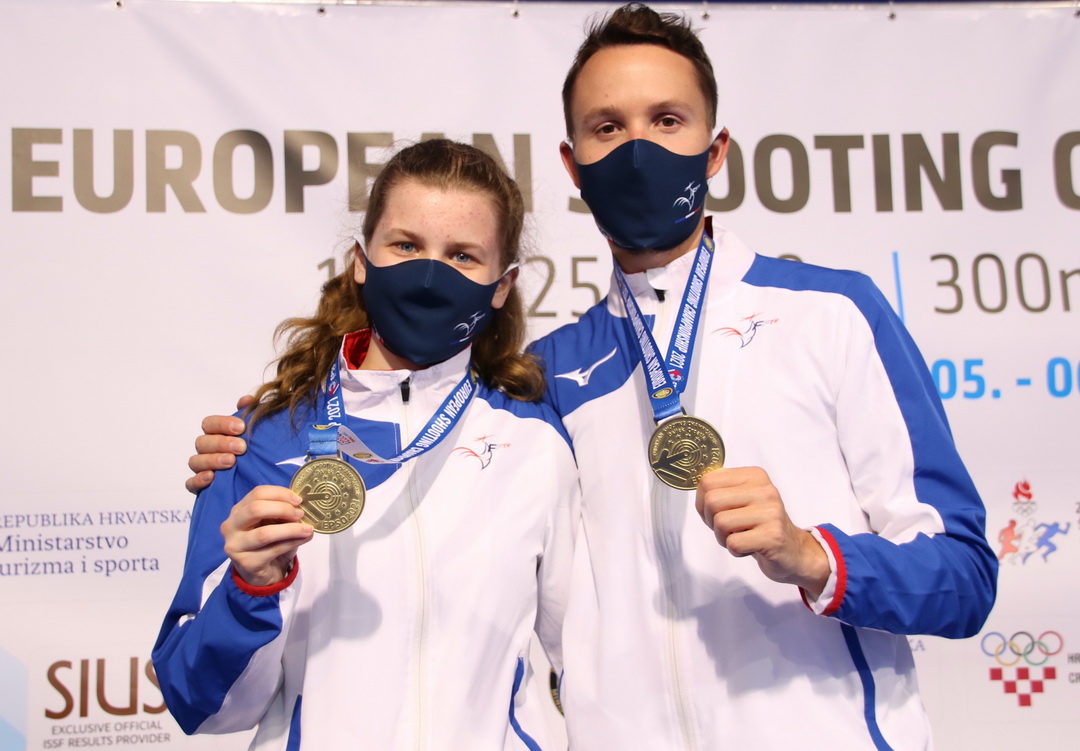 Totally 51 pairs fought from the glory and Gold medal. The best of the Qualification 1 was Norway 1, second Slovakia 1 and the six next teams who entered to the semifinals were Israel, Russia 1 and Russia 2, France 1, Germany 1 and Poland 2. Norway´s qualification result was 632.0 which is also a new European Record.

Then it was the turn of semifinals. The winner of the Semifinal was France and second Russia 1. This two will meet in the Gold Match and in the Bronze match will meet Israel and Russia 2. The winner of Qualification 1, Norway, was dropped to last (8th) position. Germany was fifth, Slovakia and Switzerland were the next one before Norway.

Team France, Oceanna Muller and Brian Baudouin, continued their strong shooting also in the Gold Match. They were leading against Russian Team 1 already 8-0. Russia used their Time out, it helped a little, but not enough. The final result 16-4 will tell the story of the match. France won European Championship deservedly!

In the bronze match Russian team 2 did not give any chance to Team Israel after the first shot. Russian Team was better with clear numbers 16-6.